There are some exciting fights coming up in the UFC lightweight division in the near future. Charles Oliveria takes on Michael Chandler for the vacant lightweight title at UFC 262, Conor McGregor takes on Dustin Poirier at UFC 264, and Tony Ferguson takes on Beneil Dariush. However, the former lightweight interim champion, Justin Gaethje still does not have an opponent yet.

Justin Gaethje last fought Khabib Nurmagomedov in the main event of UFC 254. Since then Gaethje has not been able to make a return despite being eager to compete again in the octagon. Justin Gaethje vs Michael Chandler was first announced which was later canceled as UFC wanted Chandler to fight Oliveira for the title. But, who should Gaethje fight next while most of the top contenders are scheduled to fight each other?

In a recent interview with ESPN, Ali Abdelaziz gives an update on the return of Justin Gaethje. And it seems fans will have to wait for a while to see the Highlight inside the octagon.

“It’s a problem I don’t like because he’s the odd man out. There is nobody out there really for him to fight. Or maybe we can make a fun fight, somebody fun. We asked for max Holloway I got cast out but Max Holloway vs Gaethje, I got cast out. It’s okay, but I am gonna ask, it’s not gonna hurt me. But one fight that excites me for Justin, I think Paul Felder vs Justin Gaethje is a fun sense. Nothing makes sense but I think the ranking does not make sense for the UFC or Sean.”

Read More: “I’d smoke you and your coach”- Conor McGregor gets into a heated verbal exchange with Gaethje

Who should fight Justin Gaethje next?

Gaethje has been inactive for a long time now. And the fight that makes the most sense for Gaethje right now is Rafael Dos Anjos.

RDA is coming off a win over Paul Felder and he looked phenomenal in that fight. RDA might be a tough matchup for Gaethje but it makes sense when you look at the rankings of both the fighters. Though Gaethje vs Felder is an exciting matchup, Felder is coming off a loss to RDA and is ranked number 10 at the moment. 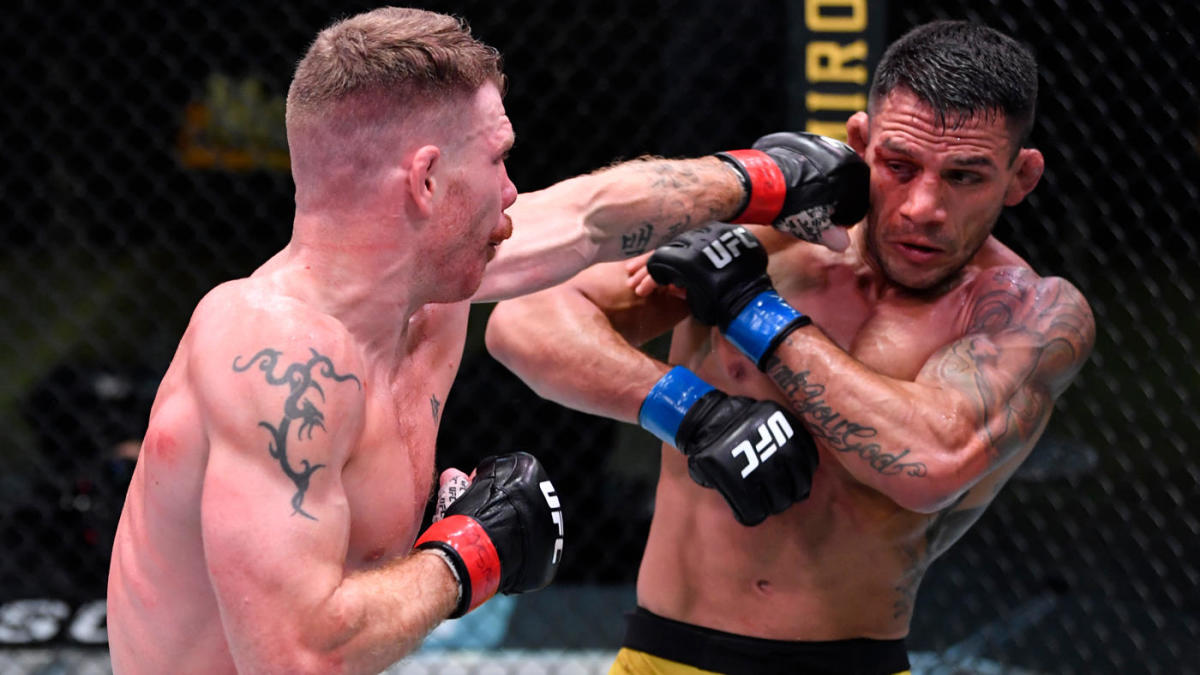 If Justin Gaethje can get the win over RDA then he may get a title shot after the winner of McGregor vs Poirier 3 fights for the title next. On the other hand, a win over Paul Felder is unlikely to earn Gaethje a title shot in the lightweight division.