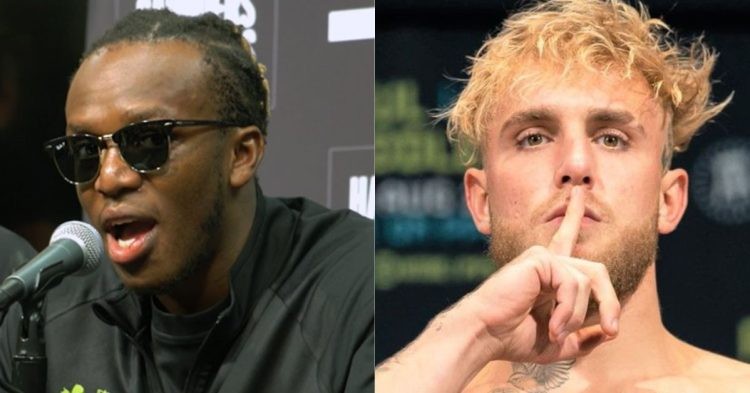 British YouTube sensation KSI stepped inside the boxing ring on August 27th to take on two opponents Swarmz and Luis Pineda in front of a sell-out O2 Arena in London. The Nightmare obliterated both his opponents to grab easy victories in what turned out to be an entertaining PPV.

The fight card was filled with close matchups and exciting knockouts and it seemed like fans around the world thoroughly enjoyed KSI’s PPV. This event proved to be a successful one for DAZN as Gareth Davies reported that the KSI vs Swarmz PPV did a whopping 445K buys.

Following this news, JJ’s arch nemesis Jake Paul posted a congratulatory message on Twitter where he praised KSI and his promotion Misfits boxing to putting on a show.

Bullshit aside, the PPV business ain’t easy. Congrats to KSI and his boxing company. Those are great numbers. The day we finally settle this, it will break the internet and do some big PPV numbers on Showtime. I’m ready as soon as he feels he is.

The war of words between KSI and Jake Paul did not come to an end as The Nightmare didn’t buy his rival’s appreciation. JJ replied to The Problem Child’s tweet and compared their PPV buys. Moreover, KSI claimed that Jake and his promotion MVP tried to wreck his PPV on several occasions.

If you actually think we tried to “sabotage” your event, then you are dumber than you look. I’m glad you admit they were randoms with no boxing skills though. Honesty comes out in turmoil. Again congrats.

Now shut up and keep trying to get ready. HUGE hahahaha https://t.co/I2LcauXITm

Soon after KSI made these allegations against Jake, The Problem Child quickly shut him down and taunted the UK YouTuber to get ready for their prospective matchup. It is needless to say that JJ is still annoyed by his initial opponent Alex Wassabi who is managed by MVP backing out one month before the PPV due to a concussion.

These two social media influencers have been going at each other for year’s and as time passes by their hatred for each other grows. It is imminent that the two of the biggest names in YouTube boxing KSI and Jake Paul will clash in the future and it will be interesting to see who comes out on top.