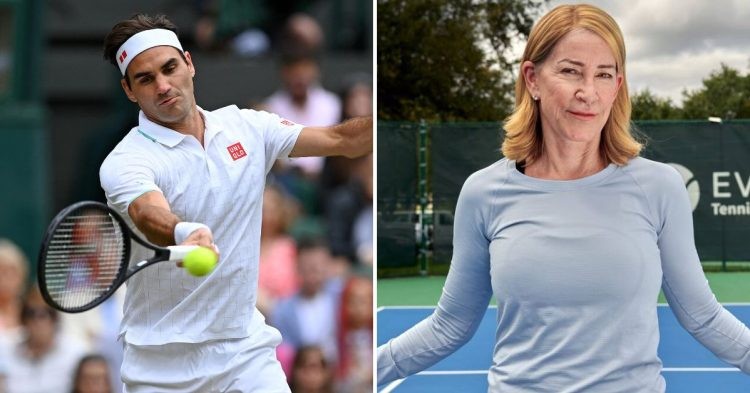 Chris Evert is one of the all-time greats in tennis who has won 18 singles grand slams in her career. It is said that it takes a legend to understand another legend. In a recent interview, Evert talked about Roger Federer and his comeback to court.

Evert is skeptical about Federer reaching the number one rank at the age of 41. However, she also feels that it would still be a great feat if he manages to rise through the ranks and play competitively with youngsters.

As per Tennis World, she said, “The feeling is that it would take a titanic feat not to get back to number 1, but even just to get back to the Top 5. It would be something incredible at his age. We don’t know how training is going.”

Moreover, Evert is also not sure if Federer still carries the same drive he used to have before his year-long gap from tennis. She said, “We don’t even know if he’s as hungry as before or if he’s satisfied with the life he’s leading. We will only be able to deliver a verdict after seeing it in action. As I have repeated a myriad of times, everyone withdraws when they want.”

At present, Federer is recovering from his injury to make his comeback to court. However, the Swiss maestro has a strong business sense and has started multiple projects during this time. After retirement, Federer will look forward to growing his businesses and his brand.

Moreover, he also has a family with his wife Mirka. They share four children and Federer has stated multiple times how he was able to spend valuable time with his kids during his time off the court. In his recent interviews, Federer made it clear that he finds more joy with his kids than playing tennis.

Talking about the same, Evert said, “Roger Federer has four children and is enjoying life in Switzerland. He has started numerous projects off the pitch and looks really happy.” While we don’t know much about his retirement, what we do know is that he will come back to the court for the Laver Cup in the coming weeks.