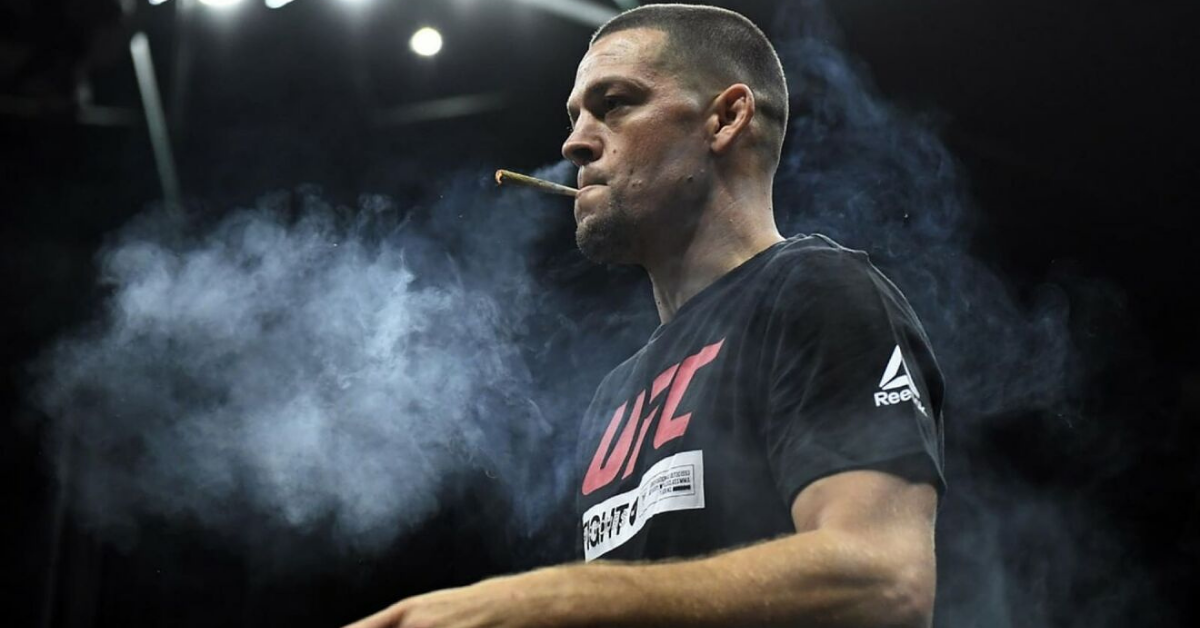 Dana White has always said that it’s difficult to deal with the Diaz brothers. While Nick Diaz might be out of competition, Nate continues to be in the conversation about who he will fight next. It’s a rarity to see Nate Diaz put out a tweet, but when he does, it’s more often than not, targeted at somebody. Recently, Nate Diaz tweeted the word, “Welcome” and it left fans wondering what Diaz was trying to say. Amid the increasing negotiation disputed between fighters and the UFC, Diaz had earlier tweeted “U boys are growing up,” seemingly hitting out at Jorge Masvidal, Jon Jones, and other fighters who have recently raised their voice against the partial pay to the fighters. However, it’s hard to determine who Nate was referring to when used the word, “Welcome.”

MMA fans were quick to jump in, trying to decipher the meaning of the cryptic tweet. Some called it Nate Diaz welcoming Jorge Masvidal, Jon Jones, and Conor McGregor to the club. A club that has seen Nate Diaz fighting against the UFC for fighter’s pay, and has caused increasing difficulties for UFC during the negotiations for the fight. Just last week Jorge Masvidal claimed that UFC was playing, and the fighters don’t get enough for their work inside the octagon. Jon Jones recently vacated the light heavyweight title, after much back and forth with Dana White over the similar matter. However, what was the most shocking thing to hear was McGregor calling retirement after blaming the company for offering him “stupid fights”, and blamed them for their alleged display of “power.”

Many fans also took notice of Dustin Poirier’s comments on the Stockton native, where Poirier reflected on how he has always been a fan of Diaz’s style of fighting. In the process, Poirier called out Diaz in what was a friendly call out. Diaz might have been responding to Poirier’s comments, or towards the idea of agreeing to fight Dustin Poirier next.

It’s hard to make the assumption that Jorge Masvidal vs Nate Diaz rematch for the BMF belt has capitalised, however, many fans pointed this out as well. Masvidal had ealrier claimed that he made good amount at UFC 244, and wouldn’t be willing to earn any less because of Kamaru Usman’s ability to not sell a fight. Nate Diaz vs Jorge Mavsidal can take the UFC to the roof, and the PPV number are bound to be high, however, the chances of the rematch happening is at a bare minimum.

What do you think Nate Diaz was trying to convey? Do let us know in the comments section.