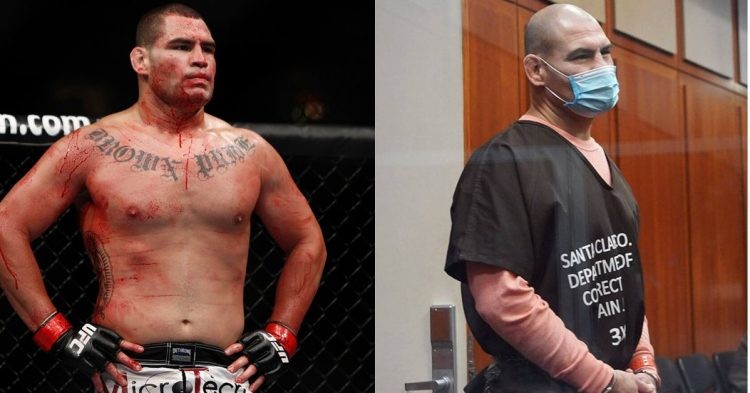 Cain Velasquez finally gets granted bail after spending eight months in jail. He was released with $1 million bail on Tuesday from the Santa Clara County judge. The former UFC heavyweight champion was charged with attempted murder and was accused of other gun-related offenses in Calif.

Velasquez was convicted of firing at Harry Goularte after pursuing him in his car. Goularte was accused of molesting a young child of Velasquez’s family. Later, Velasquez alleged that his own four-year-old kid had also been sexually molested in a legal lawsuit.

By the authority of the DA’s office, Velasquez in his own vehicle chased Goularte, Bender, and Goularte’s mother, Patricia. Velasquez went on an “11-mile, high-speed chase” through San Jose before ramming the truck. He also went on shooting it repeatedly with a 40-caliber revolver.

After the arrest, the UFC veteran received huge support from several popular UFC fighters and MMA fans around the world. People expressed support by starting campaigns and protesting with the hashtag ‘Free Cain’.

The terms and conditions of Velasquez’s release include Home confinement, GPS tracking, TBI/CTE outpatient treatment at Windmill Wellness Ranch, parent counseling or support group, search and seizure, no firearms, and staying 300 yards away from the alleged gunshot victims [Harry Goularte, Patricia Goularte, and Paul Bender] are some of the conditions.

Velasquez’s request for bail was rejected three times prior. The UFC heavyweight has done eight months of jail time till now and has pleaded not guilty to multiple charges. Other than shooting Harry Goularte Velasquez also fired at Goularte’s step-father Paul Bender during his attempt.

When will Cain Velasquez come out of jail?

Is Cain Velasquez out of jail? Currently, Cain Velasquez is a free man. The former UFC heavyweight champion was granted bail on Tuesday by Judge Arthur Bocanegra of Santa Clara County (Calif.)

“It’s been a long slog and I am very grateful,” Geragos told ESPN. “Nothing is as touching as watching him having it sink in with his wife, Michelle, there.”

He was given bail by the court following a pre-trial proceeding that lasted over 13 hours over two days.