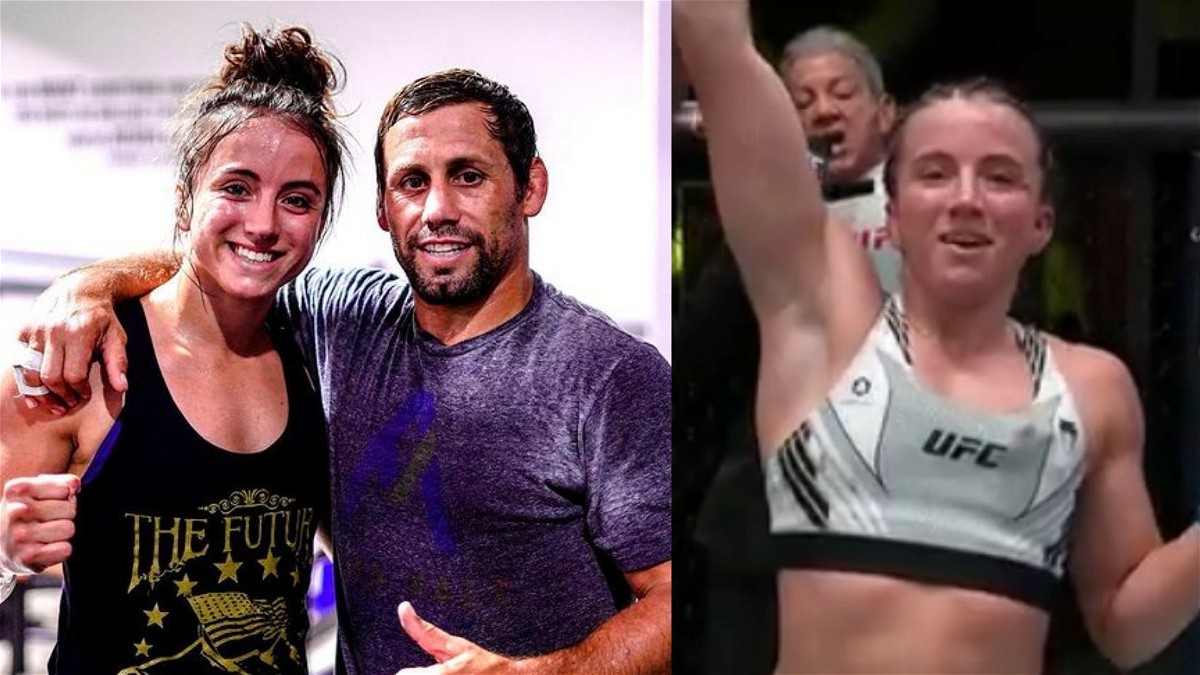 Maycee Barber put up an impressive performance against a very dangerous Miranda Maverick in what was an incredible three-round war between both the flyweight contenders. After losing back-to-back fights against Roxanne Modafferi and Alexa Grasso, Maycee Barber jumped back to the winning column with a split decision win over Maverick at UFC Vegas 32.

BACK with The Future! ????@MayceeBarber takes the split decision to return to the win column! #UFCVegas32 pic.twitter.com/lw3mGF3SOZ

So what changed for Maycee Barber?

Maycee Barber changed camps and following the loss against Alexa Grasso in her last fight and has now joined Team Alpha Male and will likely stay with the same team for the next twelve months.

Under the tutelage of bantamweight great Uriah Faber and Danny Castillo, Maycee Barber looked like a completely different fighter going in against a dangerous Maycee Barber. Often known to go all guns and blazing in the first round, Barber looked more composed and managed the distance with absolute perfection.

Barber is just 23 years old, and at such a young age, has shown the grit and determination added with her skill-set that promises a future champion. Needless to say, even in her last two losses, she has shown moments of absolute class and perfection. Additionally, her intensity and cardio have been top-notch in all her fights.

A post shared by Maycee “The Future” Barber (@mayceebarber)

Barber under Team Alpha Male is a more composed fighter, who stuck to her gameplan, and did not get too greedy. Barber wasn’t as reckless as she has shown herself to be in the last few fights, and didn’t lunge for a finish. Additionally, she made great use of her wrestling skills and showed an improved clinch game against a tough opponent like Miranda Maverick.

With Maycee Barber back in the winning column, many more exciting matches line up for her going forward.

Also Read: Adrian Yanez Shuts Down Randy Costa in the Second Round After Surviving Early Onslaught at UFC Vegas 32