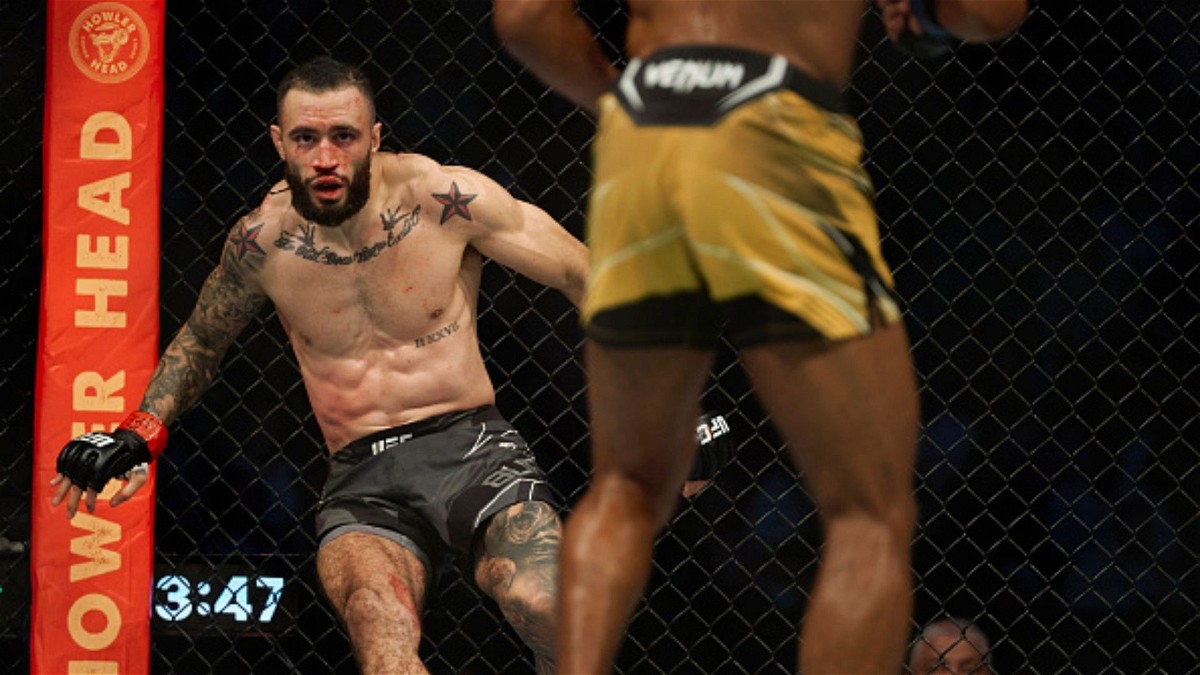 Shane Burgos gets knocked out by Edson Barboza

In what was an unusual knockout, Shane Burgos’s body just gave up after a straight jab and a brutal right hand in the third round in what was an absolute war against Edson Barboza to kick off the UFC 262 main card. Barboza picked up his second successive win to further cement his position in the UFC’s featherweight division.

Both the fighters deserve to get the UFC bonus tonight, exhibiting an entertaining fight mixed with numerous “holy sh*t” moments. When was the last time you saw a fighter get bloodied because of kicks? Something similar happened tonight as vicious kicks from Barboza left Burgos’ shin bleeding. Burgos also suffered a significant bruise because of body kicks and absorbed several power shots from Barbozafor s long as the fight lasted.

Be that as it may, Burgos performed exceptionally against a solid fighter like Barboza and proved just why he is regarded as one of the toughest fighters in the world of mixed martial arts. Burgos showed resilience, courage, and absolute determination in the face of adversity, and never backed out from the fight.

Shane Burgos being transported to the hospital in the back, but he declined the stretcher. Walked out on his own.

He continued to pressure Barboza, hurting him on several occasions throughout the fight. While Barboza took the first round, it looked like Burgos was making a return in the second round. However, that wasn’t the case as the third round saw Barboza in his vintage style, becoming the second fighter after Calvin Kattar to hand a stoppage loss to an equally tough Edson Barboza.

I’ve never seen anything like that in mma. A delayed reaction KO…Shane is so tough his brain gave out before his will did. Amazing win for Barboza! #ufc262

Needless to say, what grabbed the fan’s attention was the way Barboza won the fight. Burgos, who is known for his granite chin did not look too hurt after the right hand, however, after a split second, his body just gave up, with his eye seemingly popping out as he wobbled backward, dropping on the canvas near the cage. Barboza followed it up with a couple of unanswered shots as the referee stepped in to stop the fight.

Body shot that did that but yes. https://t.co/wXkLiJ4Pp3

What happened with Shane Burgos?

UFC legend Kenny Florian shared his thoughts on what went down with Shane Burgos and believes it to be the impact of body kicks Shane Burgos suffered throughout the fight. Such kind of delayed reactions is more common in boxing, where a brutal liver shot can shut the athlete’s body. 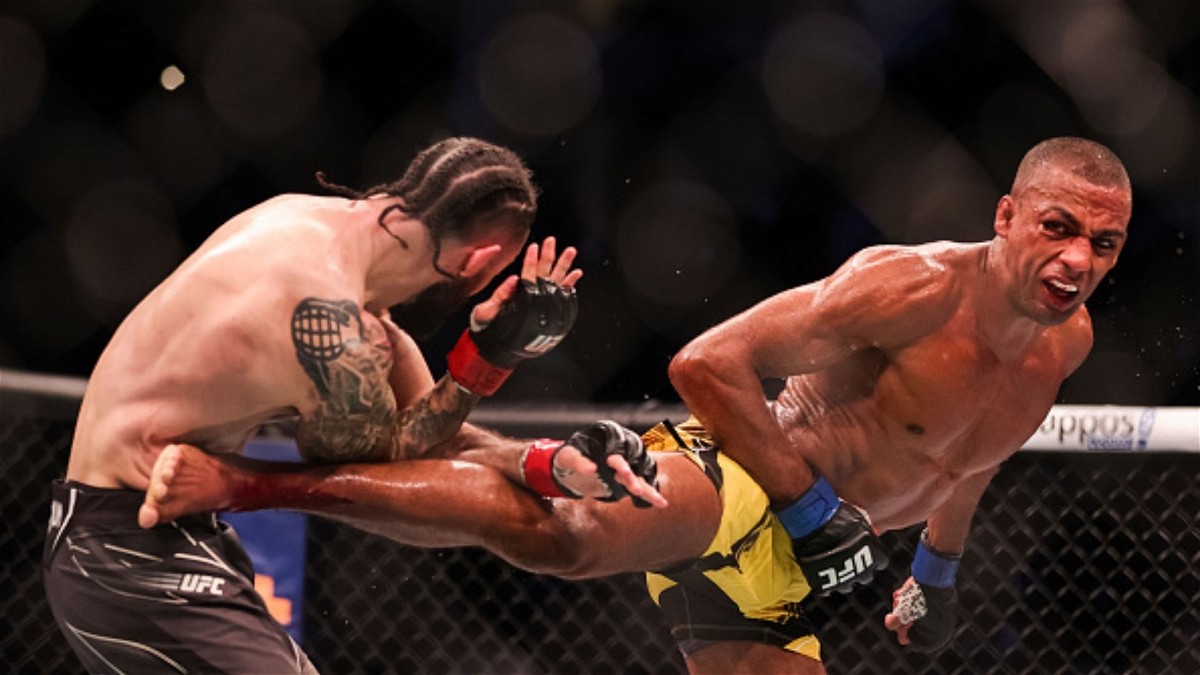 Barboza’s vicious kicks to the body, that event left a bruise on his body, and the sustained damage throughout the fight could be the reason why Burgos went down the way he did. More details