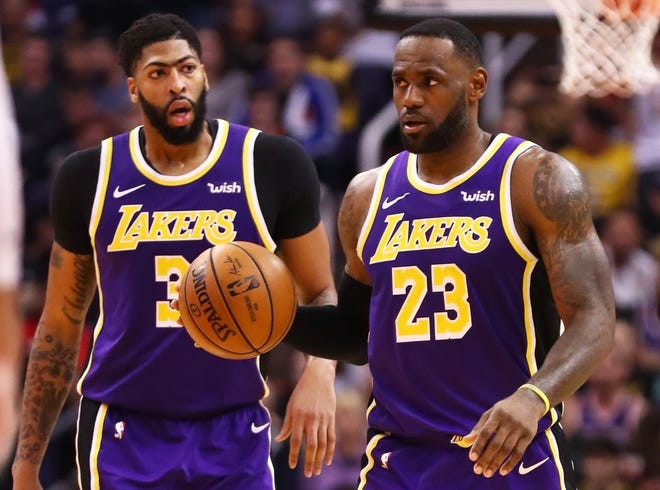 The LA Lakers are facing a dire situation. Lebron James and Anthony Davis have been dealt a first-round exit.  They were clearly not 100% healthy in this postseason. The Lakers were expected to repeat and hold their position as defending champions. However, they were given an unexpected exit in the first round. The blame -game began instantly.

Dennis Schroeder, Kyle Kuzma, Andre Drummond, and Kentavious-Cadwell Pope along with the majority of the bench heavily underperformed in crucial games. This is simply unacceptable. Lebron James’s chances of winning his 5th ring to tie Kobe Bryant seems to fade away.

Also Read: Becky Hammon Is The First Woman To Become A Finalist For Head Coach in the NBA

What are Lebron James and LA Lakers’ plans?

While no one can say for certain, it is clear that Lebron James and The LA Lakers intended to make moves to contend next season. Lebron James was the primary ball-handler last season. However, he was healthy then and was able to play at a fast pace and make plays for his team. However, Rondo was traded to the Atlanta Hawks after the LA Lakers won in the bubble. The Lakers chose to trade for Dennis Schroeder. He took over the role of a ball-handler. It is amusing to note that Lebron James is listed as a shooting guard this season. He has played in all the positions that modern basketball contains. However, he is clearly not a transcendental perimeter player or outside scorer. KCP Schroder and Kuzma had several games in the series where they scored in single digits or not at all. Andre Drummond was brought in to help the Lakers size.

Additionally, he was a league leader in rebounding in the previous seasons. However, he turned out to be a liability on both ends of the floor, especially on offence. He clogged up the lanes to hamper both the Lakers and Suns. He did not perform at the level expected.

These players are about to be put on trade alert with the world buzzing about their potential destinations. However, all these players are unlikely to be traded. This also means tension between the team next season. Frank Vogel is also likely to be fired as the LA franchise will want to hold someone accountable. They will work out salaries and contracts and create certain trade deals. Lebron James will presumably have a significant say in this matter.

So What will  Lakernation most likely do?

In the 2018-2019 regular season Brandon Ingram was on the LA Lakers roster with Lebron James. However, he was mocked during a lakers-pacers game while shooting a free throw. The crowd chanted ” Lebrons going to trade you”. Actions like this along with business decisions cause tension and friction during the regular season.

They have to be on the lookout in the market for a point guard and primary ball-handler. Damian Lillard and Chris Paul are both on good terms with Lebron James. However, it is still unclear whether Dame will leave this offseason or give it another shot with the Trail Blazers. It is the same case for Chris Paul with the Phoenix Suns

Lebron James and Anthony Davis will be rested for next season. If the management trades the right players and forms a good supporting crew. The LA Lakers will be title contenders next season.