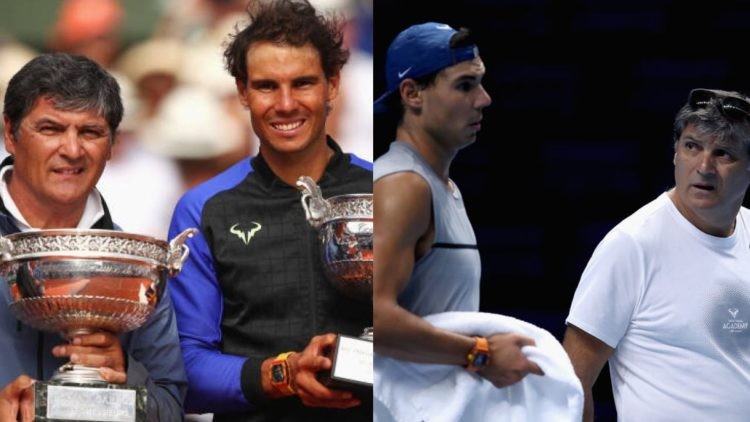 Rafael Nadal‘s success in professional tennis can be attributed to his uncle Toni’s efforts and belief in Rafa’s skills and potential. Toni Nadal has been influencing Rafael’s career since the age of four during which he picked up the racquet for the first time and started playing tennis.

Rafa has accepted multiple times the impact his uncle has had on his life, especially his professional tennis career. Nadal once said that his uncle was always tough on him since the beginning of his coaching journey, and he was perhaps more tough on him as compared to the other children.

Rafael has won 16 of his Grand Slam titles under his uncle and they decided to part ways in 2017 after Toni and Rafael mutually decided that it was beneficial for Toni to focus on coaching and nurturing young talents. Toni is currently serving as the director of the Rafa Nadal Academy in Spain.

After Nadal recently won his 14th French Open title, Toni showered praises on him by saying that even after being such a successful tennis player Rafa has remained the same as a person.

Toni has probably been the most influential figure in Rafael Nadal‘s life or at least leading up to it. In the earlier days of Nadal’s career, Toni would not let him celebrate a win in order to ensure that success does not get into his head.

Even after a major tournament win, he would ensure that Rafael turns up for practice on the next day. After the Nadal duo split there were a lot of speculations pertaining to their alleged rift, however, Toni and Rafael have clarified multiple times that the reason for them going on their separate ways is due to different priorities and Toni even claimed that he still treats Nadal as his own child.

Even after all these years, Toni is very vocal about his nephew’s achievements which goes on to prove that he genuinely cares for Nadal and is happy about his success.