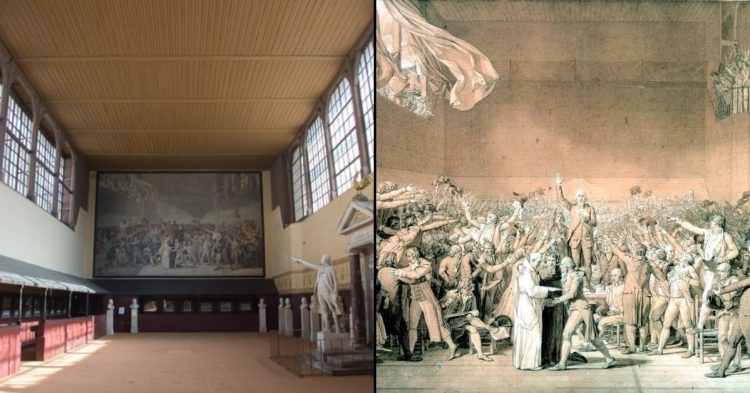 It is viewed as a symbol of the struggle for freedom, equality, and fraternity. The oath was taken by a group of French revolutionaries on the 20th of June 1789, in a tennis court in the city of Versailles.

The solemn pledge was taken by the revolutionaries to remain true to the cause and work together to establish a new government based on the principles of liberty, equality, and fraternity.

In the French Revolution, it was signified as the determination of the members of the Estates-General to stand together in the face of opposition from the monarchy and provided a rallying cry for revolutionaries and a symbol of the revolutionaries’ commitment to securing freedom and liberty for all French citizens.

The Tennis Court Oath is a powerful reminder of the courage, determination, and commitment of the French revolutionaries to bring about a new, free and equal society. The oath has been immortalized in literature and art and continues to be an important symbol of the French Revolution.

It also remains a reminder of the power of solidarity and the courage, determination, and commitment of the French revolutionaries in their struggle for justice and freedom.