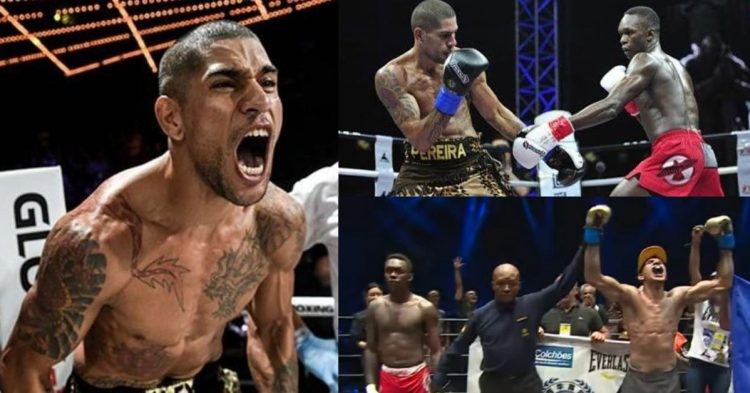 Alex Pereira has made a spectacular start to his UFC career with two back-to-back wins to his name. The Brazilian middleweight announced his arrival with a vicious flying knee to knock out Andreas Michailidis at UFC 268: Usman vs Covington 2.

Poatan will now make his return inside the octagon on June 2nd to take on Sean Strickland in a three-round bout at UFC 276. Pereira has a great opportunity this weekend as a win will help him get a title shot against the winner of Adesanya vs Cannonier.

Speaking about his steadfast rise, Alex Pereira was a known face before making his debut in the UFC. Owing to the fact that he is the only fighter to knockout Israel Adesanya in combat sports. More importantly, The Brazilian middleweight has outclassed him not once but twice during their rivalry in Glory Kickboxing.

As we move ahead let’s take a glance at how the two fights between Alex Pereira and Israel Adesanya go down.

Alex Pereira squared off against Israel Adesanya in a three-round kickboxing bout at the Glory of Heroes event that took place in Shanghai, China. It was an intense showdown as both Pereira and Adesanya displayed their impressive striking skills throughout the three rounds.

Despite outstriking the Brazilian fighter on stats, Alex Pereira was the one who landed the big shots and consequently, the judges scored the fight in favour of him via unanimous decision. Getting into the details of the fight, both Izzy and Alex started with some leg kicks in the first round. Later in the round, Alex pressurised Adesanya and attempted some big hooks and combinations.

The Last Stylebender swiftly evaded many of those strikes but Alex managed to land some good strikes in the final few minutes. In the second round, Adesanya mixed it up with his jabs and leg kicks to trouble Alex Pereira. Although the Brazilian fighter made a strong comeback as he punished Izzy with several right hook combinations.

With two rounds in Alex’s bag, it looked all over for Israel Adesanya. But he showed his brilliant cardio levels and switched up the gears. Meanwhile, Pereira was tired and went into a defensive stance. In the end, Israel’s resurgence was too late as he was unable to land any spectacular strikes and cause problems for the Poatan.

After a close battle that went in the favour of Alex Pereira, these two stalwarts crossed paths once again a year later in April 2017. This big clash took place at the Glory of Heroes 7 event in Pereira’s hometown in Sao Paulo, Brazil.

Unlike the first bout where Alex Pereira was the only one who pushed forward aggressively, Adesanya responded strongly in the rematch. He pressurised Alex and landed a few powerful straight punches and had him on the ropes in the second round. The Last Stylebender dominated the first two rounds and almost finished the fight.

However, Alex Pereira somehow survived the second round and stayed alive. In the third round, the Brazilian fighter made a remarkable comeback as he switched gears and troubled Pereira. In one of the exchanges, Pereira landed a big uppercut and put Adesanya to sleep. 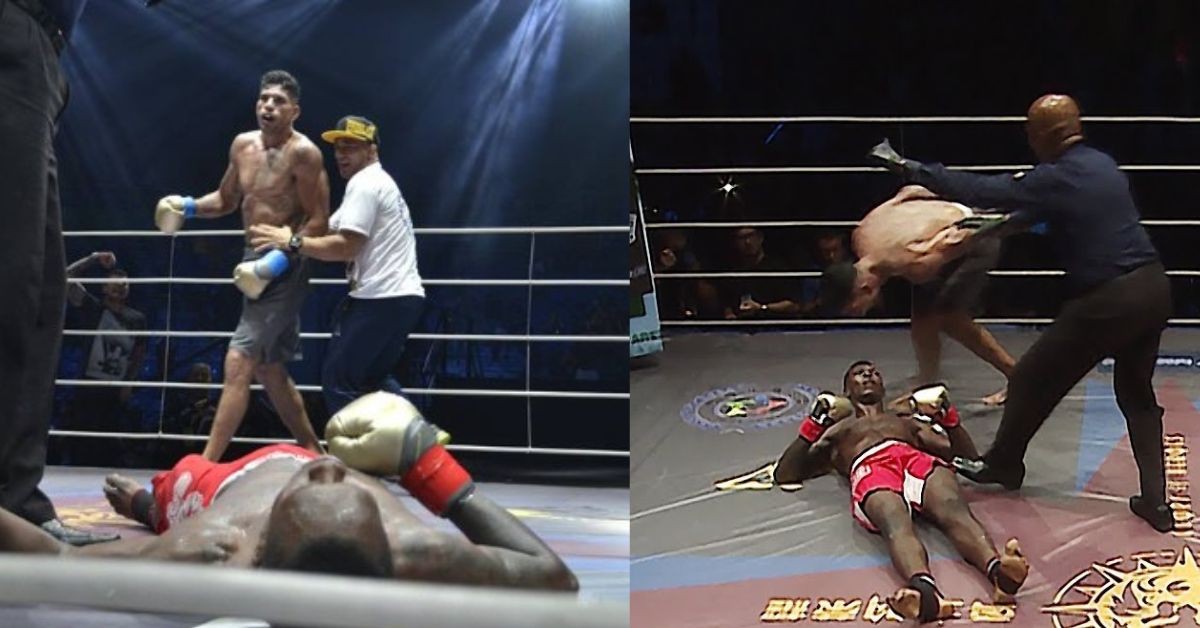 With this knockout win, he became the first fighter to finish Israel Adesanya in combat sports. The Brazilian fighter still holds this record as no other fighter has been able to knock out Israel Adesanya in Glory Kickboxing promotion and UFC.