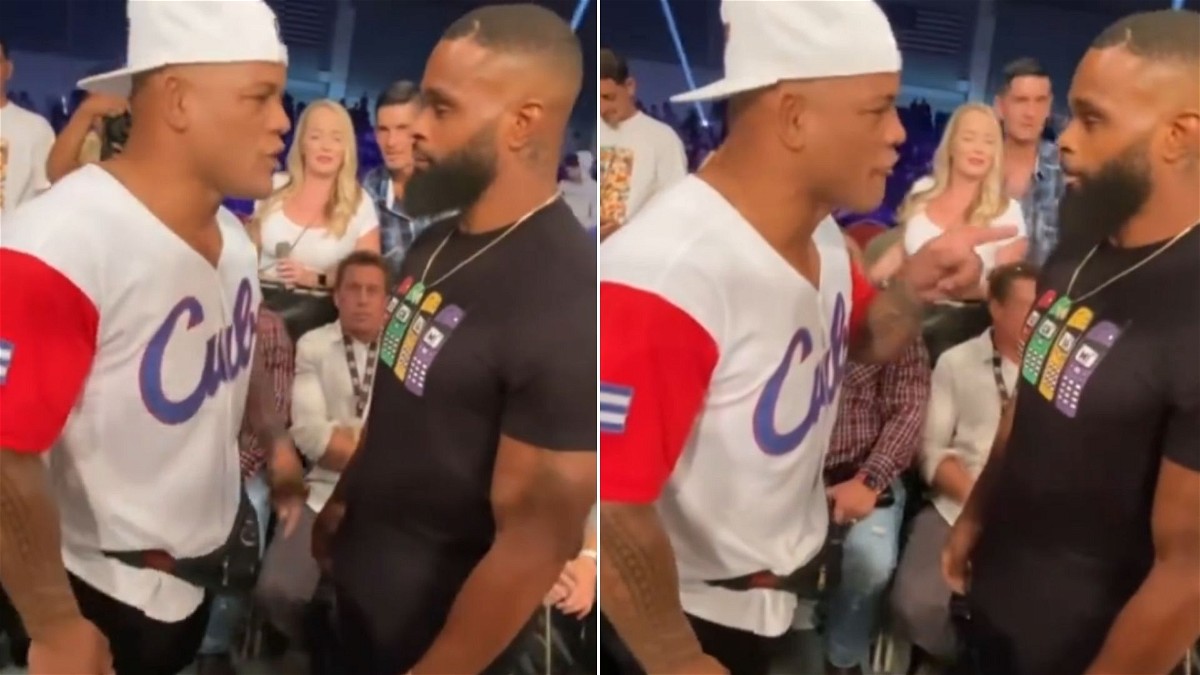 Tyron Woodley once again made headlines, however, this time around it wasn’t in anticipation of his much anticipated professional boxing debut against YouTuber turned boxer Jake Paul. Woodley, came under the spotlight for all the wrong reasons after former mixed martial artist and a former Olympic judoka Hector Lombard made some serious accusations on Tyron Woodley.

Tyron Woodley made an appearance on BKFC 19 where Rachael Ostovich put up an incredible performance against Paige VanZant in a five-round main event of the evening. Both Woodley and Lombard are former training partners at American Top Team. Over the years, there have been brief back and forth from both the athletes, however, the story was different this time.

Hector Lombard reveals why he confronted Tyron Woodley at BKFC 19

In a video posted by Hector Lombard on Instagram, Lombard can be seen confronting Tyron Woodley at the BKFC. Lombard says he wanted to slam the former welterweight champion but contained himself in respect of BKFC CEO David Feldman. So why did Lombard confront Woodley?

Lombard reveals that Tyronn Woodley, father of four, tried to manipulate his close friend from the gym that he was dating by speaking ill about the former Bellator middleweight champion.

While much of what Woodley says is inaudible in the video posted by Lombard, the current BKFC cruiserweight champion calls out Woodley to settle his beef. “I want the smoke. How do you want to do it.”

From the looks of it, it does appear like Homabrd was trying to instigate a fight, however, Woodley remained calm and seemingly accepted the fight offer.

While it’s not certain whether Woodley and Lombard will face each other inside the boxing ring, in the BKFC cage, or in a mixed martial arts bout, it does look like the beef is real and we could be in for a grudge match in the near future.