Dominick Reyes suffered the third straight loss of his MMA career after dropping a KO loss to a rising contender but a name in the game of combat sports, Jiri Prochazka at UFC Vegas 25. It’s been a tough road for Reyes who has now suffered back-to-back knockout losses in his MMA career. Once undefeated, Reyes has now succumbed to 6-3 in his UFC career, however, still holds a solid resume of 12-3 in his MMA career. 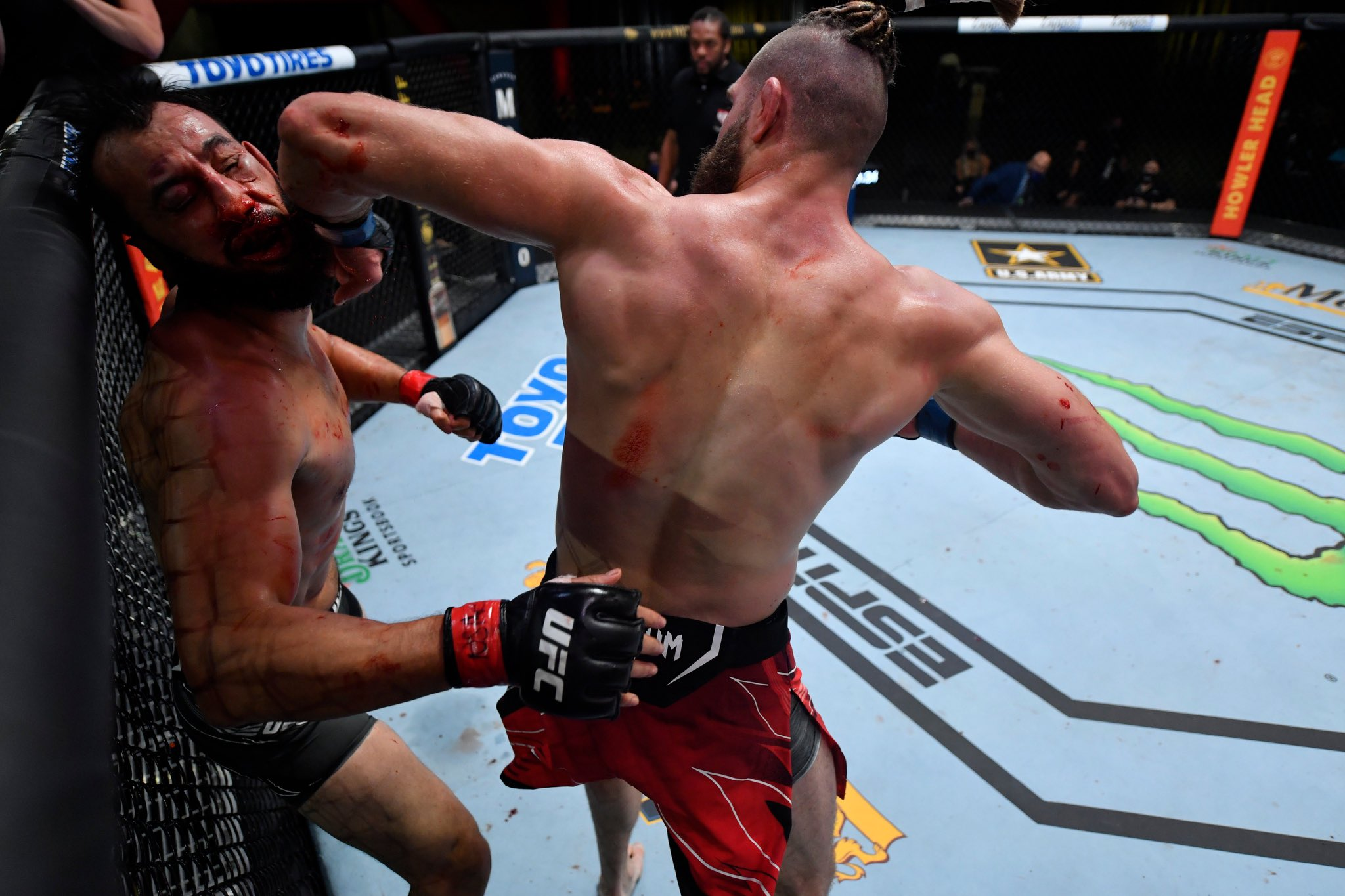 Reyes looked confident going into this fight and shared his thoughts on how the excitement after the Jon Jones fight distracted him, eventually leading to a lackluster performance against Jan Blachowicz in his second attempt to grab the UFC light heavyweight title. However, on the night of the fight, Reyes fell short once again, this time against Jiri Prochazka in the main event of UFC Vegas 25. So what went wrong for the Devastator that led to his third straight loss inside the Octagon?

Dominick Reyes came to fight, and it was evident from the moment he entered the cage, that Reyes was here to deliver a statement. However, Prochazka proved to be craftier and more aggressive than Reyes would have anticipated. Jiri, who entered the Octagon in his second UFC appearance talked about how he will remain calmer in the Reyes fight, after a scintillating debut against Volkan Oezdemir that saw the Czech Republic grab the Performance of the Night bonus award.

However, Prochazka made no amends in his fighting style and relied on his skill set and his unique angles to continuously pressure Reyes. Additionally, Prochazka’s rock-solid chin complimented his fighting style, and his unorthodox approach made it hard for Reyes to anticipate his next move.

Prochazka made good use of his kickboxing pedigree and was also able to make great use of his reach against a credible striker like Reyes. Needless to say, Jiri’s left hand that stung Reyes on several occasions left him compromised, with a confident Prochazka cruising past two-time title challenger Dominick Reyes to earn himself a title opportunity.

Jiri was able to hurt Reyes on multiple occasions during exchanges, and seemingly hurt Reyes’s nose in the first round. Reyes broke his nose against Jan Blachowicz in his last fight. Needless to say, Reyes entered the second round compromised, giving Prochazka an edge over the former title challenger. However, it was important to note that Reyes did not deter in the face of adversity against Jiri, landing several significant strikes of his, even staggering him on one occasion.

Here's that insane spinning back fist from jiri to reyes. Rip reyes lol#UFCVegas25https://t.co/9Gf1wGeULq

Reyes could have made more use of his wrestling. Another move that was missing from Reyes’ arsenal that we have seen him execute on several of his opponents was the lethal uppercut. Reyes has managed to land the uppercut on numerous opponents in the past, even securing a stoppage win against Jared Cannonier. The Devastator could have made great use of the upper cut on an advancing Jiri.

However, it was Prochazka landing the upper cuts on Reyes. It won’t be wrong to say that Reyes got overwhelmed, finding himself in similar situations to his last fight against Jan Blachowicz. Be that as it may, much credit to Jiri Prochazka who just looked better tonight at UFC Vegas 25.

Also Read: Why Did Randa Markos Get Disqualified Against UFC Debutante Luana Pinheiro at UFC Vegas 25