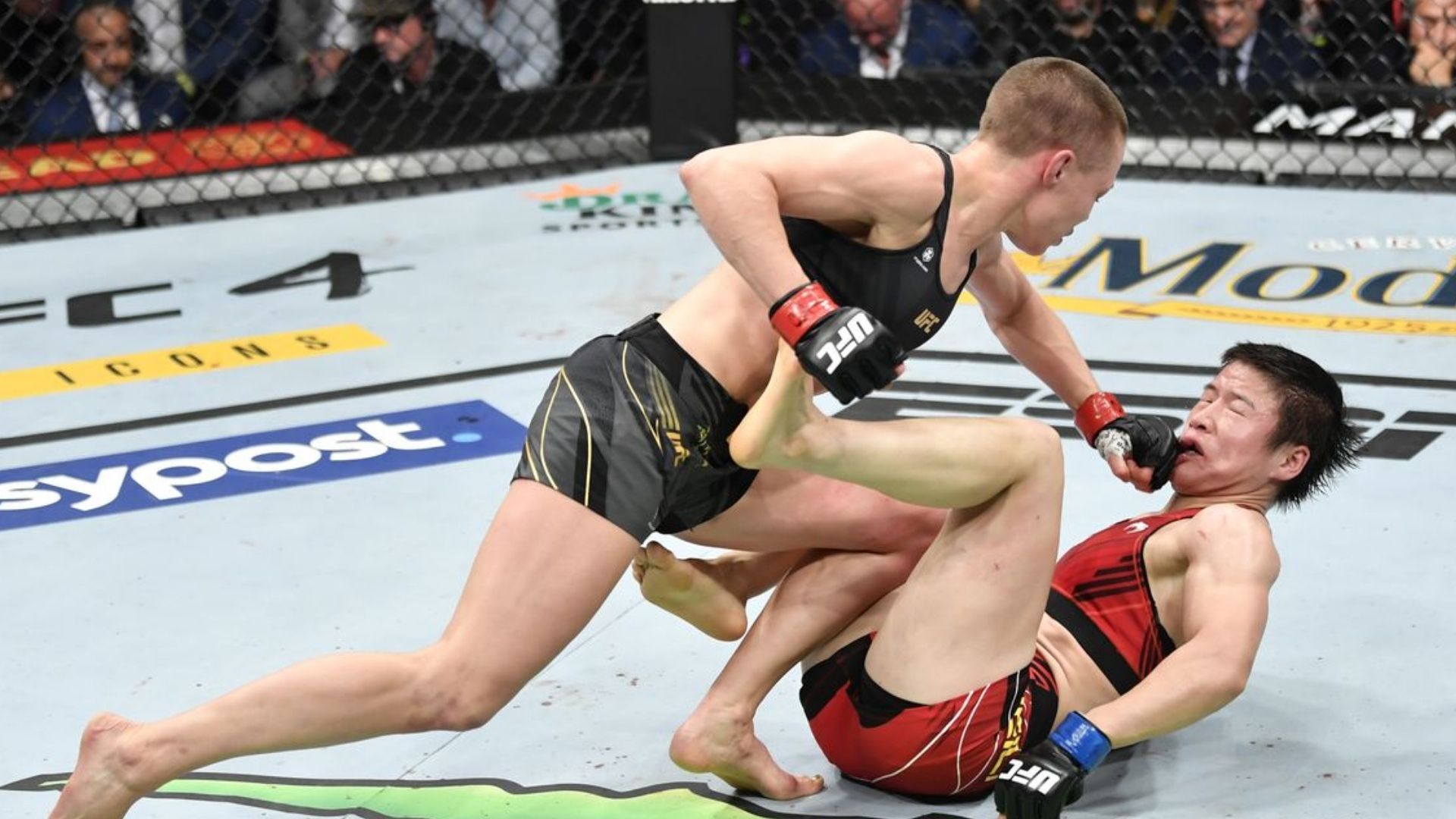 So what went wrong with Zhang Weili’s game plan against Rose Namajunas at UFC 268? We break it down for you.

Zhang Weili’s over-reliance on wrestling in her fight, though a very good approach, may have cost her the fight against Rose Namajunas. While it was expected that Namajunas would be better on the feet, Weili’s self-reliance should have been high on her striking as well.

Additionally, her power remains unmatched in her division, having knocked out a seasoned striker like Jessica Andrade that saw her become the UFC’s strawweight champion.

He is still the WW champion.

Needless to say, time spent under former flyweight and bantamweight champion Henry Cejudo showed how much Zhang Weili has improved her ground game, however, Namajunas’ experience and her grappling prowess proved to be too much for Weili who looked like she came to wrestle for five rounds.

Meanwhile, despite a rough start to the fight, Namajunas showed great technique and adapted brilliantly to Weili’s gameplan to dominate her on the ground and beat her at her own adapted style for this fight.

While there’s no denying the striking prowess of Rose Namajunas, who is absolutely incredible on her feet, the same can be said about Weili Zhang. However, her striking was missing in this fight. Additionally, there were moments where she connected several clean strikes at Namajunas.

On all accounts, there’s reason to believe that Zhang Weili did not come confidently into the rematch, and rushed herself into a gameplan that hasn’t been her strong suit. Be that as it may, it wont be wrong to say that Zhang Weili left a much improved fighter tonight at UFC 268, showing her skills both on the feet and on the ground.