Canelo Alvarez registered his 56th professional with a stoppage win over undefeated British boxer, Billy Joe Saunder, in front of a record crowd inside AT&T Stadium in Texas, United States. Ahead of what was being billed as one of the greatest bouts in the history of boxing, Alvarez triumphed over BJS in what was an incredible performance from the Mexican legend.

Who will Canelo Alvarez fight next?

Canelo will look to become the undisputed champion of the super-middleweight division. Canelo Alvarez holds the WBA (Super), WBC, and The Ring and the WBO super middleweight title. Alvarez could be looking at getting his hands on the IBF super-middleweight championship next. 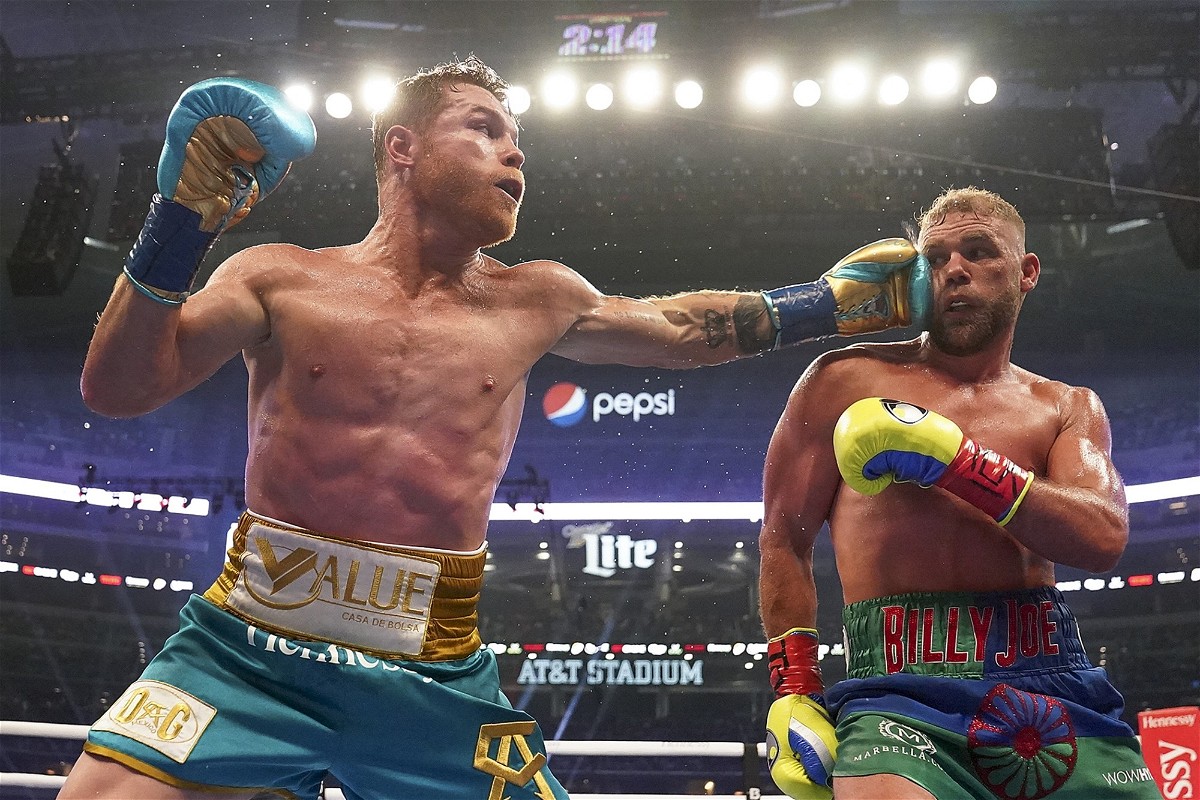 The current IBF super-middleweight champion is the undefeated American boxer, Caleb Plant. He remains undefeated in his 21-fight professional boxing career and has three successful title defenses to his name. It’s an exciting match-up and one that could plummet Canelo Alvarez to a new height.

There’s another challenge in the form of Robin Krasniqi who currently reigns as the IBO super-middleweight champion of the world. It will be interesting to see what’s next for Alvarez who looks to be in tremendous shape and condition, having competed thrice in the last six months.

With wins over Callum Smith, Avni Yildrim, and now Billy Joe Saunder in the last six months, Canelo Alvarez is cementing his legacy as arguably the greatest boxer of all time. At just 30-years of age, Canelo is still young and has a lot of fight left in him. Needless to say, with 56 professional wins to his name, by the time Alvarez hangs up his gloves, he will go down as the best to ever step inside the boxing ring.