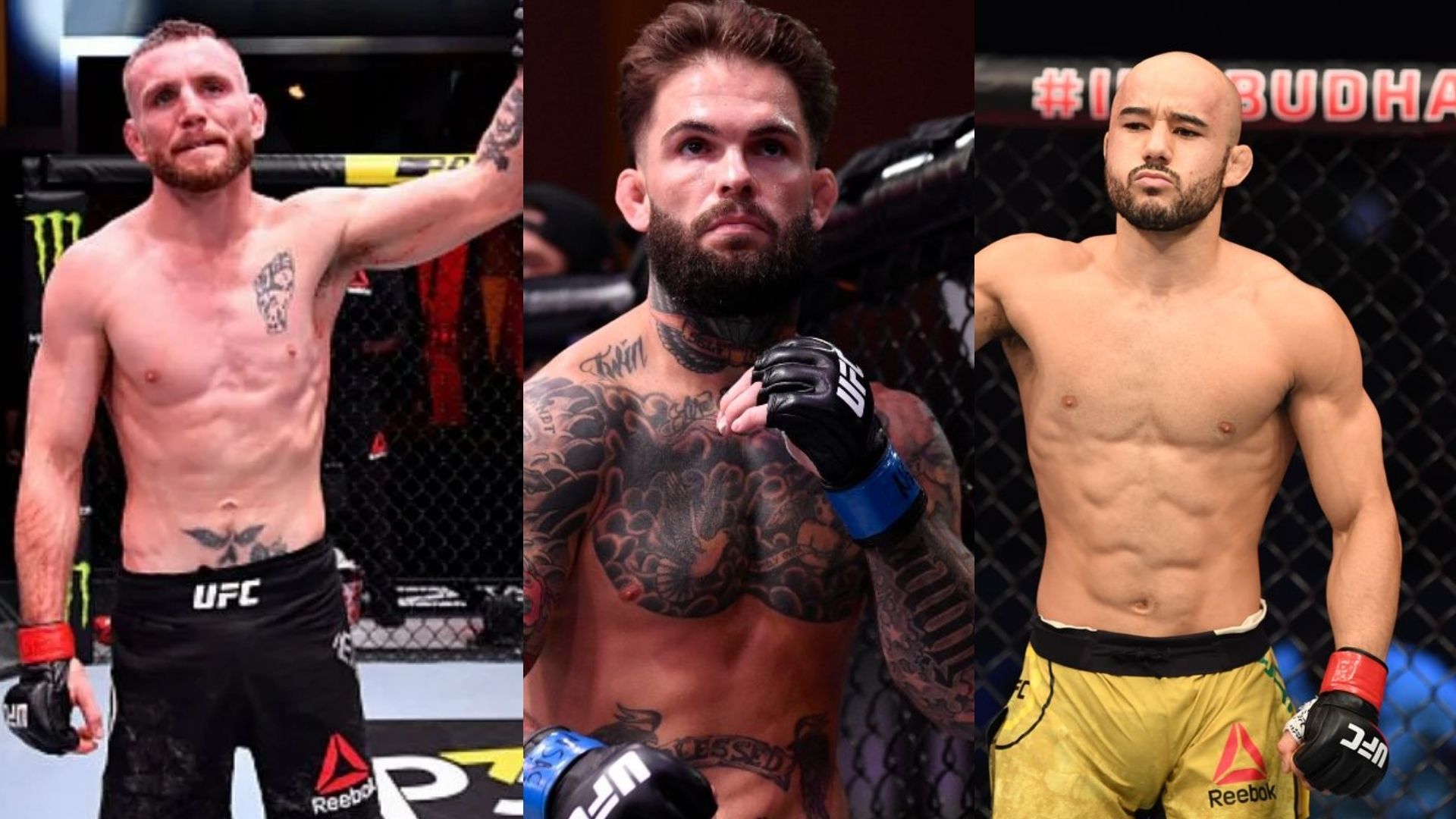 Cody Garbrandt fell short in his first test in the UFC’s flyweight division as the former bantamweight champion suffered a devastating stoppage loss at UFC 269 inside T-Mobile Arena in Las Vegas. Going against a seasoned striker in the form of Kai Kara-France, Garbrandt fell short in his pursuit for the UFC’s flyweight gold. With the loss, Garbrandt is now 1-5 in his last six fights. Needless to say, it puts him in a very tricky situation and one that could force him to move down the ladder for his next fight.

Garbrandt has shown no interest in leaving the sport and will look to bounce back from the devastating loss. Let’s discuss the potential options that Garbrandt has ahead of him, and try to determine who he should face next in his UFC return.

Cody Garbrandt next opponent: Cody has a lot of options ahead of him after UFC 269

This is not the end of the road for Cody Garbrandt, and while the stats might say otherwise considering he has won only one bout from his last six outings, Garbrandt is a legend in his own right and will look to bounce back stronger than ever. The question is whether it will be a jump back to the bantamweight division, or another attempt to cement his name in the flyweight division. Regardless, the list of options for Garbrandt doesn’t stop.

It won’t be wrong to say that Cody Garbrandt needs to take some time off and start to get comfortable inside the cage. Going against the likes of incredible strikes in the form of Rob Font and Kai Kara-France has not paid dividends. While the price tag on these fights was high, so was the risk for the former bantamweight champion.

Should Garbrandt decide to continue his journey in the UFC’s flyweight division, he should be looking at fighting opponents outside of the top-10. Additionally, a match-up against a new and upcoming fighter also makes a lot of sense for Garbrandt to find his time and momentum. Should he succeed, it will put him on the winning column, and raise his confidence.

Both Moraes and Garbrandt are going through a rough patch, and have been lackluster in their performances since dropping the bantamweight gold. Moraes vs Garbrandt is an exciting match-up between two former champions. What are your thoughts on Cody Garbrandt and his future in the UFC? Do let us know in the comments section.