Dominick Reyes suffered the third straight loss of his MMA career after he suffered a vicious spinning elbow KO against Czech Republic native Jiri Prochazka in the main event of UFC Vegas 25. The former two-time light-heavyweight contender just hasn’t been the same after his five-round war against Jon Jones that saw him miss out on the light-heavyweight gold. While many believe that Reyes did enough to hand Jones his first loss, the Devastator just hasn’t been able to replicate his previous performances after that fight.

Reyes got a shot at the light heavyweight title once again after Jones vacated the gold and announced his move to the heavyweight division. Going in against an MMA veteran in the form of Jan Blachowicz, Reyes dropped a stoppage loss in the second round. While many believe for Reyes to bounce back stronger in the rematch, that wasn’t the case, as he suffered yet another devastating loss.

So where does Dominick Reyes go from here? Reyes will find himself in the #5 spot when the UFC’s latest light-heavyweight rankings come out. Be that as it may, there are still a lot of options ahead of Reyes going forward.

Dominick Reyes vs Anthony Smith is an exciting match-up

Dominick Reyes vs Anthony Smith is an exciting match-up and one that’s fair for both the fighters looking at their position in the rankings. Smith is currently ranked #6 in the division and is coming off a spectacular win over Jimmy Crute. Smith is on a two-fight winning streak, picking up a submission win against Devin Clark before the Crute fight.

Needless to say, Smith is looking for a win over a top-ranked opponent after dropping back-to-back losses to top contenders in the form of Glover Teixeira and Aleksandr Rakic. 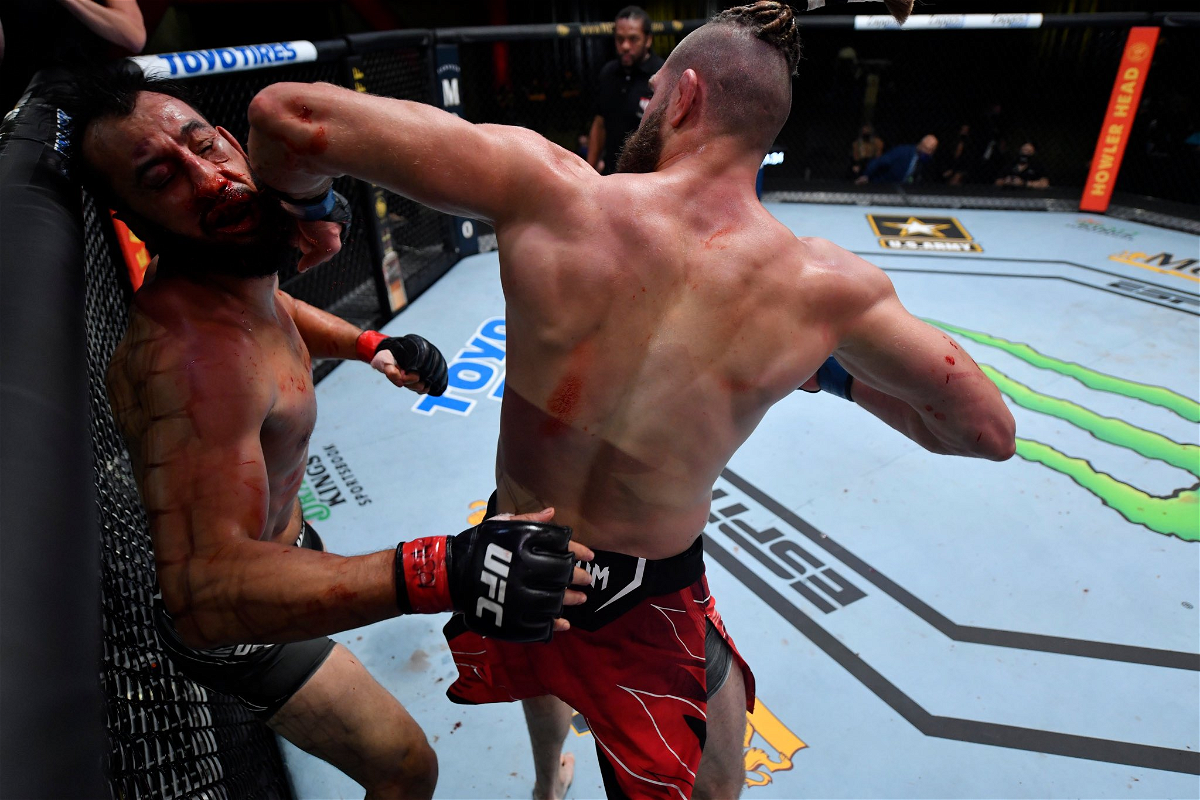 Meanwhile, Reyes vs Ankalaev is also an exciting match-up. Magomed Ankalaev is like this dark horse in the division who has time and again proved his credibility inside the Octagon. However, the Russian fighter just hasn’t been able to find big fights. Reyes is a stylistic match-up for Anakalaev considering his solid takedown defense, and his ability to land counters. Additionally, Ankalaev is not as explosive as Jan and Jiri, something that will present different situations for Dominick Reyes.

Also Read: Why Did Randa Markos Get Disqualified Against UFC Debutante Luana Pinheiro at UFC Vegas 25