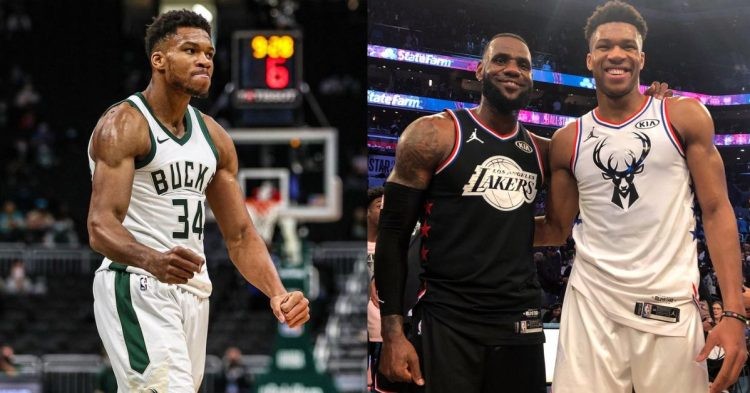 In the NBA currently, we have many talented players. Luka Doncic, Trae Young, Donovan Mitchell, and many more, are all players who will enter their prime years soon. One player who is currently in his prime would be Milwaukee Bucks superstar Giannis Antetokounmpo. At 27 years old, he is arguably one of the best player in the NBA right now.

Giannis has had an eventful year so far, especially after becoming the highest rated player on NBA 2K23. This time around, he has caught the attention of the NBA world as he spoke about the qualities players need to succeed in the NBA.

He told SiriusXM NBA Radio, “It takes more than skills to be great. That’s what people don’t understand. You can be the most skilled person on earth & still don’t make the NBA. The NBA is not about skills. It takes way more, consistency, LeBron James, 20 years in the league. When you think about LeBron, you think about consistency. He’s been great for 20 years.”

Giannis gives us the key to what really makes players like these great…and it’s not “skill”@thefrankisola | @scalabrine | @Giannis_An34 pic.twitter.com/gZurBBSZyl

“You think about MJ, obsession, Kobe, obsession, Steph, KD. It’s not just skills man. I can say I’m not the most skillful, I dont have the best shot, I dont have the best dribble. I believe I’m a very good passer, underrated passing, I think that’s my number 1 talent. But the thing that makes me a step further than people, is the obsession and the discipline I have towards the game. Not my skills,” Antetokounmpo added.

We all just know that the Greek Freak is right about the likes of Michael Jordan, Kobe Bryant, Stephen Curry and Kevin Durant. They were all obsessed with the idea of becoming the best version of themselves. And the fact that they were willing to put the work in speaks at length about how bad they wanted it. The one person that was obsessed day and night would be the late Kobe, who inspired the world with the Mamba Mentality.

As for LeBron, he is nearing his 20th year in the league in the upcoming season. The evolution King James has made as a player and an individual is truly remarkable. Consistency and obsession to succeed is the key to be an NBA player, according to Giannis. The man himself has an NBA championship to his name. Given his discipline towards the game, Giannis’ success over the years isn’t all that surprising.
Tags: Giannis AntetokounmpoLeBron JamesMilwaukee BucksNBA
Previous Post