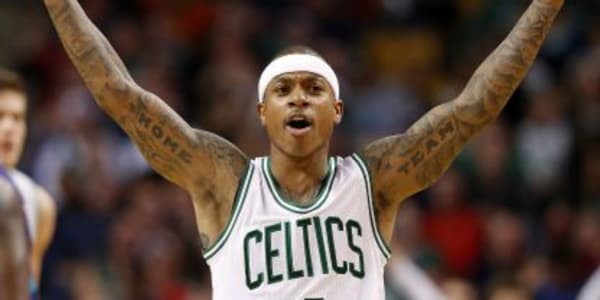 Isaiah Thomas is a professional basketball player who was last seen in the NBA for the New Orleans Pelicans. Isaiah Thomas is one of the shortest players in the league at only 5feet and nine inches.

As the saying goes, Big things come in small packages, Thomas has had a fairly good career. He is a two time NBA All-Star and also won Pac-10 Freshman of the year in 2009. After signing a ten-day contract with the Pelicans,  Thomas played three games. He averaged 7.7 points per game. Isaiah Thomas is now a free agent but did not get an NBA call-up. So he decided to enter the drew league.

The former Pelicans point guard now has a clean jump shot and also has amazing handles which help him get to the ring and draw fouls.  Thomas put up 37 points on his Drew League debut.

He sure does look like he is in great form. Fans around the world, especially those who have followed the point guard from his Celtics days will know that Isaiah has improved a lot as a player. It is high time that he is welcomed back into the NBA. Hopefully  Thomas will continue his great form in the Drew League and take himself closer to getting back into the NBA.