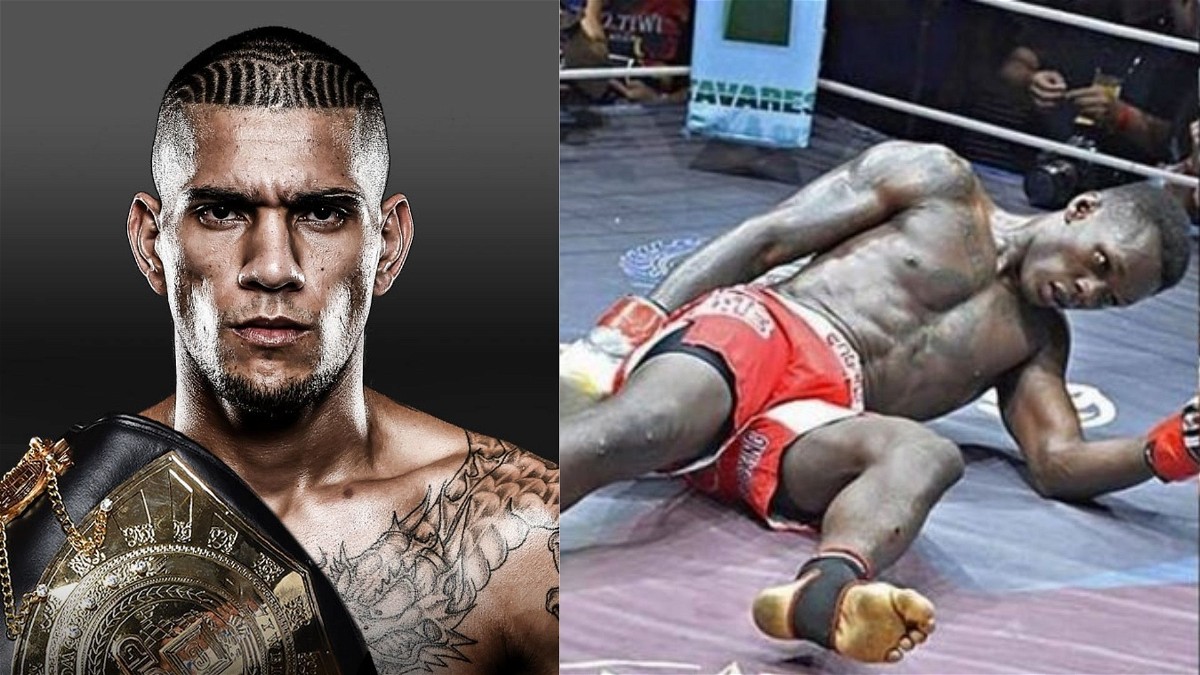 Alex Pereira is making headlines after reports of a possible signing with the UFC. The Brazilian kickboxer currently competes in Glory. He will be competing in his last Glory bout, possibly marking an end to his glorious kickboxing career. However, there is another interesting fact that has made Alex Pereira a common name in the world of mixed martial arts.

Alex Pereira is the only fighter to hand a stoppage loss to Israel Adesanya. Alex Periera knocked out Israel Adesanya cold with a vicious left hook back in 2017 at Glory of Heroes 7 in Sau Paulo, Brazil. Alex Pereira has beaten Adesanya twice, with the first win coming via unanimous decision.

Alex Periera actively competes in kickboxing but does have mixed martial arts experience. Periera has competed in four mixed martial arts bouts, emerging victorious on three of those occasions. Pereira lost his MMA debut via submission in the third round. He has three wins to his name, and all of them have come via way of stoppage.

Israel Adesanya is widely regarded as one of the greatest kickboxers of all time. However, his legacy as a combat sports athlete transitions to his mixed martial arts career which has seen him scale the heights of the UFC’s middleweight division. Israel Adesanya‘s striking has grabbed the attention of many, and his fight IQ stands next to none.

Alex Periera has a story behind him that could transition well in his UFC career, leaving him open to fights that are bound to grab the attention of fight fans around the world. However, a lot would depend on Alex Periera’s mixed martial arts career. While Israel Adesanya currently reigns at the top, repeating the feat would be easier said than done.