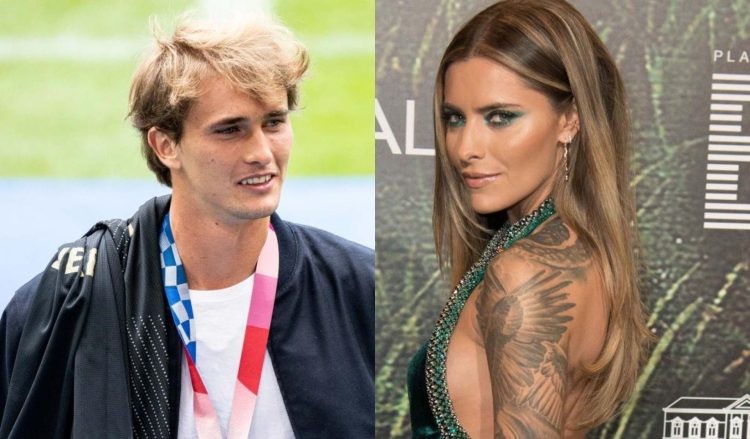 Alexander Zverev is one of the best tennis players right now. He is currently ranked 3 in the ATP Rankings and is set to face Rafael Nadal in the semifinals of the Rolland Garros.

Alexander Zverev is currently dating Sophia Thomalia. Sophia is a model, and the couple made their first public appearance in 2021 at a charity gala in Berlin, Germany.

Alexander and Sophia frequently shared their photos on social media. Sophia is a model, an actress, and a TV Presenter and she has also starred in a lot of fashion campaigns. She has more than a million followers on Instagram.

Alexander and Sophia are head over heels in love and in an interview Zverev stated,

“I think it is always very important for tennis players who you have next to you. Sophia is someone who gives me peace and security.”

Zverev also credited a lot of his good performances to Sophia and claimed that his girlfriend has been supporting him and he hopes he can achieve everything with her.

Alexander Zverev accused of domestic abuse by his Ex-Girlfriend

In 2019, Olga Sharypova accused Alexander Zverev of abusing her. Olga had claimed that Zverev had covered her face with a pillow until she could no longer breathe. She also claimed that she had suffered such abuse throughout the entirety of their relationship.

She claimed that Zverev’s possessive and controlling behaviour had soon changed into physical violence. Olga also claims that during the laver cup in Geneva, Zverev had for the first time punched her in the face.

Sharypova, who felt distraught and isolated, locked herself in the bathroom of her hotel and injected herself with insulin, even though she is not a diabetic. In an interview she stated,

“I injected it, and I wasn’t scared; I just wanted to leave in some way, because I can’t stand it anymore.”

She further went on to say that Alexander found a laver cup official who convinced her to open the door and she was later given glucose tablets to counteract the insulin. Alexander had dismissed all these accusations as lies.

However, the ATP is currently investigating the claims made by his former girlfriend.