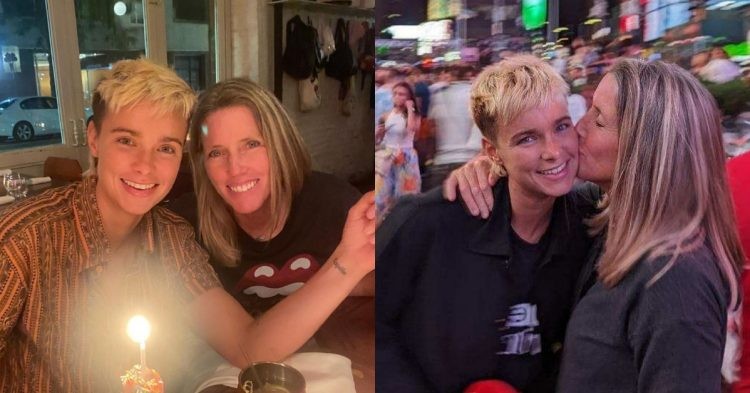 Amanda Cromwell, the former coach of Orlando Pride, was born on June 15th of 1970. Her resume as a professional soccer player is immaculate. She represented America and was a part of the team which was the second runner-up in the 1995 FIFA Women’s World Cup. However, she managed to wipe off the disappointment somewhat as she led her team to Olympic Gold Medal in 1996.

Throughout the course of her career, Cromwell has played in the positions of a defender and midfielder. During her playing days, Cromwell only managed to score one goal in her international career. Her sole goal came against Trinidad & Tobago in the CONCACAF World Cup qualifier. The United States of America won the match 11-1.

After 55 appearances for the USA national team, Cromwell retired from international soccer in 1998. However, she continued with her playing career till 2003. During her playing days, Amanda played for teams like Orlando Lions, Tampa Bay Extreme, Washington Freedom and Atlanta Beat.

She is also a notable coach as well. Amanda was the head coach UMBC Retrievers from 1996 to 1997. In 1999, she took the charge of UCF Knights and continued till 2013. Following that, Cromwell started her reigns at UCLA Bruins till December of 2021. Her last job was with Orlando Pride in 2021. Amanda was the Soccer America Women’s Coach of the year in 2014.

Who is Amanda Cromwell married to?

According to a report from FitZoneTv, Amanda Cromwell seems to be in a happy relationship with Megan Fish. Cromwell and Fish have been together for a while now and they seem to share a very loving bond. Fish prefers the pronouns of They/Them. She is an advocate for LGBTQ rights. In her Instagram bio, she describes herself as a Digital host and is part of a podcast based around the Angel City FC soccer team.

She expressed that she wants to help non-binary identifying humans. According to Megan Fish, she always knew her identity but did not know how to put it in words. Megan always uploads pictures of her and Amanda Cromwell together. In December 2021, Megan Fish and Amanda Cromwell got married in Hawaii. The report from FitZoneTv also suggests that the couple have two children together.

Why was Cromwell fired by Orlando Pride FC?

Amanda Cromwell was with Orlando Pride FC since late 2021. However, her association with the team came to an unfortunate end. Alongside her assistant Sam Greene, NWSL terminated Amanda’s contract for what they describe as ‘retaliatory conduct.’ Not only that, but the National Women’s Soccer League also stated that the duo would not be able to work in the league any further.

Both Cromwell and Sam Greene were on temporary suspension as the NWSL were conducting their own investigation. After they were found guilty, their contracts were terminated effective immediately. However, Amanda did not agree with the call. She put out her side of the story on her social media platforms.

“I am saddened and disappointed by the results of the NWSL’s investigation released today. I believe the investigation lacked transparency, professionalism, and thoroughness, and as a result my character and integrity have been mischaracterized.”

She has claimed that the decision to waive a player, which ultimately resulted in her firing, was made in the knowledge of the board. Cromwell also claimed that the investigation was not transparent and fair to her and it has destroyed her legacy.