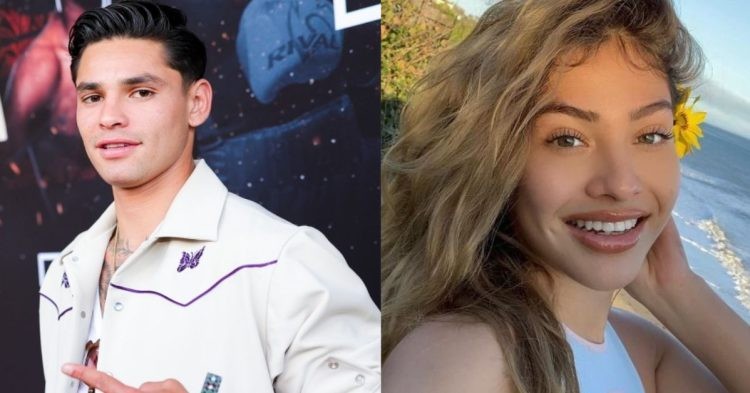 Ryan Garcia is widely regarded as one of the most talented boxers of this generation. His name is always mentioned in the discussion while making an argument about who is the best lightweight boxer amongst the current crop that consists of Gervonta Davis, Devin Haney, George Kambosos Jr and many more.

The American boxer is currently undefeated with a record of 22-0 out of which he has knocked out 18 of his opponents. Garcia who is highly skilled and is known for his remarkable speed and power has defeated several tough opponents like Luke Campbell, Francisco Fonseca and a few others.

In a span of six years, Garcia has quickly risen to the top of the lightweight division and has emerged as a big superstar. The former lightweight champion will now step inside the ring to take on Javier Fortuna in a twelve-round bout at the Crypto arena in Las Vegas.

However, let’s shift the focus from his upcoming matchup and professional career and take a look at his relationship status.

Ryan Garcia is currently dating Drea Celina Garcia and the couple has been in a relationship for over three years now. As per a report, they first started dating in 2019. However, there is no information available as to how they met as both Garcia and Drea like to keep their personal life private.

Ryan’s girlfriend Drea Celina is a Mexican and Italian-origin fitness trainer who was born in 1996. She is also an Instagram influencer who has endorsed several brands as a model and has a large following of 172K. The couple has two daughters named Rylie and Bela who were born in March 2019 and October 2020.

The lightweight boxer has shared a few pictures of his girlfriend on his social media. Other than that there aren’t many images or videos of the couple together. Speaking about their relationship, the pair almost split up back in 2020 after Garcia’s video of kissing Tiktok sensation Malu Trivajo surfaced online.

Drea who was pregnant during this controversy publicly lashed out at the American boxer for cheating on her. However, the couple sorted their differences and patched up and are currently living happily.

It is needless to say that Garcia has suffered a lot of ups and downs in his relationship but despite all the troubles he has managed to maintain a healthy relationship.