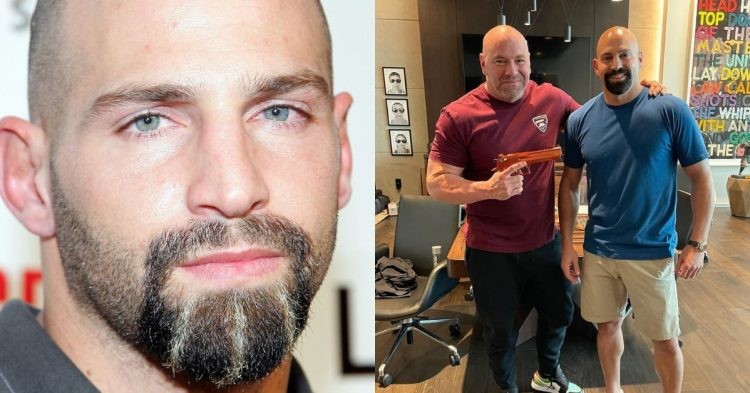 No good deed goes unpunished. Former fighter and manager Tiki Ghosn has found it out in the worst way possible ahead of UFC 279 this weekend.

UFC 279 fight week has been off to an intense start. Earlier this week, Khamzat Chimaev got into a heated argument with Paulo Costa. But it does not look like Chimaev is slowing down. Backstage at UFC 279 press conference, he got into scuffles with Kevin Holland and Nate Diaz.

Although Chimaev was angry at Kevin Holland for his recent comments on Khamzat’s persona, there was no valid reason for him to come at Nate Diaz. That is where Tiki Ghosn becomes an integral part of the whole narrative. He was there while Holland and The Borz were having the initial altercation.

According to multiple reports, Tiki Ghosn was the main reason why both Khamzat and Kevin decided to stop bickering with each other. UFC President Dana White even mentioned him during a press briefing.

However, it started a whole new problem. As he was trying to make things right, Nate Diaz walked in with his entourage. After seeing Tiki with Khamzat, they became extremely agitated.

Ariel Helwani revealed in a video afterwards that Tiki Ghosn and Nate Diaz have a history. So Diaz’s camp obviously did not like the sight of Tiki with Chimaev. It eventually led to Tiki getting hit with some water bottles. So, in the most ironic way, Tiki has become an unlikely talking point of the whole fight week.

Who is Tiki Ghosn, the catalyst behind the brawl?

Fans might wonder who Tiki Ghosn really is and what he was doing backstage during the UFC 279 press conference. Tiki is a former MMA fighter who competed in the UFC previously. Hailing from Huntington Beach, California, Ghosn made his MMA debut in 1998 against Genki Sudo. In his 18-fight career, Tiki finished with a record of 10-8.

He had 3 different stints at UFC and had 4 flights in the organization with a record of 0-4. He lost to Bob Cook, Sean Sherk, Robbie Lawler and Chris Lytle. Ghosn was never really an elite opponent, but he still managed 10 wins in his career which is impressive. But he later found success in the world of MMA as a manager.

He founded Arsenal Sports Agency which has managed fighters like Chael Sonnen, Quinton “Rampage” Jackson and Roy Nelson. But he has also represented fighters like Julia Budd and Yair Rodriguez. So it may explain why he was backstage during this the scuffle at UFC 279 press conference.