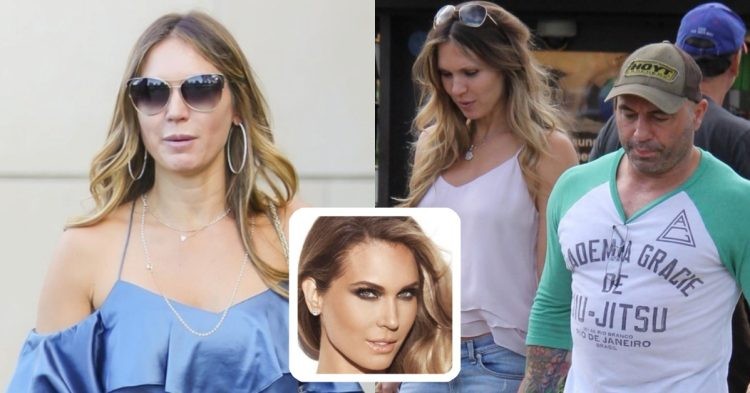 Joe Rogan is a famous comedian, actor and podcaster. He hosts the most influential podcast in the world, ‘The Joe Rogan Experience.’ However, to Mixed Martial Arts (MMA) fans, he will always be the voice of the Ultimate Fighting Championship (UFC). Recently, Rogan let the fans know that he will be with the UFC as long as his good friend Dana White is a part of the company.

Rogan was born on August 11th 1967. Although Joe was a Taekwondo aficionado in his teens, Rogan ultimately stopped practising as he suffered too much head trauma. He initially found fame with his acting roles in cult classic American sitcoms like NewsRadio. During that period, he left Boston and moved to Los Angeles. He also made an appearance for the UFC as a backstage interviewer in 1997.

But, his full-time tenure with the promotion started in 2002, when Dana White talked him into it. Although he was a colour commentator for the UFC, Joe went on to host ‘Fear Factor’ and founded his podcast. Rogan has also put out multiple comedy specials like ‘Joe Rogan: Talking Monkeys in Space,’ ‘Joe Rogan: Strange Times’ and ‘Joe Rogan: Triggered.’

But, Rogan made a major portion of his money from the Spotify deal in 2020. In the three-and-a-half-year deal with the streaming service, Spotify became the exclusive streamer of JRE.

Initially, reports suggested, the deal was worth $100 million. But the Wall Street Journal later claimed that the deal was worth upwards of $200 million. Despite having such a public presence, Rogan has managed to keep his private life out of the spotlight. So let’s dig deep into who Rogan’s family members are!

Joe Rogan is a married man and he is hitched to Jessica Ditzel. As per StarsUnfolded, Jessica Ditzel and Rogan got married in 2009. Ditzel was reportedly a cocktail waitress and that is how the couple initially met. As the report suggests, Ditzel was on service at a bar in California when she came across the famous comedian, in 2001.

The couple dated for 8 years before finally settling down and getting married in 2009. Jessica was born on July 18th 1975. Her parents are Jeff Conrad Ditzel and Donna Ziemer-Ditzel. She is originally from Texas and finished her schooling there. She later moved out of the city for her higher education purposes. Ditzel has a Bachelor’s degree from California State University.

According to Distractify, Ditzel also has Bachelor’s degrees in Psychology and Molecular and Cellular Biology from the University of Arizona.

Ditzel was not just a cocktail waitress, she also did some modelling jobs for Wholesome, which was a Korean brand. At the time, she was also signed by M Model Management company. Aside from that, her resume also includes working as a management assistant and account executive for various companies. Jessica has worked for a car rental company and for Robert Half Technology in California.

Do Joe Rogan and Jessica Ditzel have children together?

Jessica Ditzel and Joe Rogan have two daughters together. Their elder daughter, Lola Rogan was born in 2008 and their youngest, Rosy Rogan, in 2010. As one may expect, Rogan is incredibly protective about his daughters and does not miss any chance to sing their praises during the episodes of his podcast.

Prior to her relationship with Joe Rogan, Jessica Ditzel was in a relationship with Keven ‘Dino’ Conner. She had a daughter with the late ‘H-Town’ singer, Kayja Rose. Rose, similar to her father, is also a music artist and has an album called ‘Tipsy.’

Jessica Ditzel does not have much of a presence on social media. Rogan previously said that Jessica doe not get involved with his business very often and prefers to keep her opinions private. She currently works as a TV producer and makes very rare public appearances with her world-famous husband.