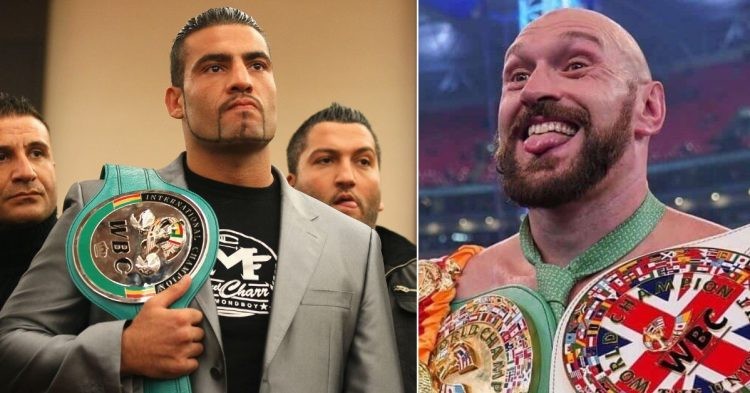 It seems like we may have a new opponent for Tyson Fury. For several years now, we have been teased about a potential match-up between Fury and Joshua, however, despite repeated attempts and interest from both sides, it hasn’t come to fruition. And now, Fury has announced that he will fight Mahmoud Charr in his next fight.

Both the boxers were once linked with each other for a potential bout back in 2018. However, even that match couldn’t come to fruition.

Tyson Fury announced his retirement from professional boxing after his TKO win over Dillian Whyte that saw him defend his WBC and The Ring heavyweight titles. Fury would vacate the Ring title, however, despite retiring, Fury is still keen on fighting Anthony Joshua.

Earlier, Fury had given an ultimatum to Anthony Joshua to sign the contract. The Gypsy King took to social media to confirm that he won’t be fighting Joshua after the fellow British boxer failed to sign the contract in time. Now, Fury has confirmed he will return to the boxing ring to take on Mahmoud Charr, and truth be told, not many fans are aware of the former WBA (Regular) Heavyweight Champion.

Who is Mahmoud Charr? – Tyson Fury’s possible next opponent

Mahmoud Charr is a former WBA (Regular) Heavyweight Champion of the world. He hails from Germany and once again sets up a Having fought the likes of Alexander Povetkin, Vitali Klitschko, and Dennis Bakhtov among others, Mahmoud Charr is a true veteran of the sport.

“Fury wants to fight Manuel Charr, it’s pretty obvious!” 😡@EddieHearn fumed at Tyson Fury last week over what the Gypsy King might do 👀

Charr also challenged for the WBC heavyweight title when he fought Vitali Klitschko back in September of 2012. At 37 years of age, Mahmoud Charr (formerly Manuel Charr) is at the tail end of his career and will likely be an easy opponent for Tyson Fury, who might just be looking to make a quick buck.

Charr made his boxing debut back in May of 2005 and remained undefeated for almost seven years before suffering the first loss of his career against Klitschko. He has competed in 37 professional bouts, with 33 wins and just 4 losses to his name.