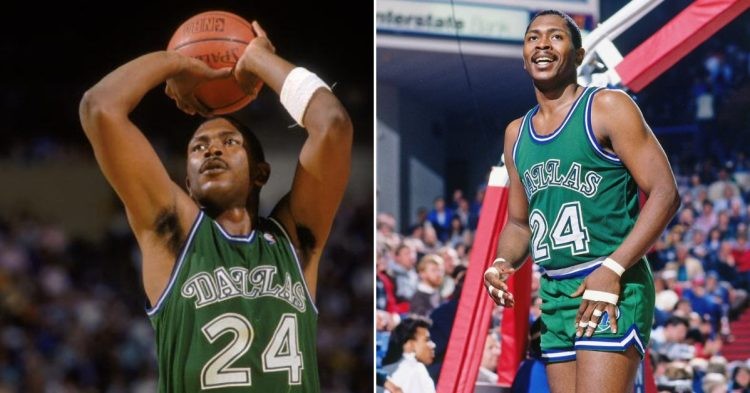 Luka Doncic has been the Dallas Mavericks’ best player of the 2022-23 NBA season. It would not be an understatement if we claim that he has been one of their best players since joining the team in 2018. As he seems to be racking up the numbers in terms of scoring, it certainly looks like he might close down on the leading All-Time scorer of the Mavs franchise; Mark Aguirre.

Mavs fans will be aware of Mark Aguirre, and how big of a legacy he left behind. Fans who started following the game in the modern era might not be familiar with how opponents were once afraid of Mark and his scoring prowess. He scored 14,965 points for the Mavs including playoffs, but that wasn’t his most impressive record with the franchise.

Aguirre holds the record in Mavs history for most points scored in a single NBA season with 2,330 points. He managed to achieve this feat in the 1983-84 NBA season. This was when he was just a 24 years old youngster in his third season in the league.

Given his performances and legacy, one would expect Aguirre to be in the Hall of Fame. He retired from the game in 1994, after playing for the Los Angeles Clippers one last time.

Is Mark Aguirre in the Hall of Fame?

Many believe that Mark should be in the HOF, considering the impact he has had on the league. The truth is that he has not been inducted into the Naismith Memorial Basketball Hall of Fame as of January 2023. He was included in the College Basketball Hall of Fame in 2016, however. This was considering his services for DePaul University. The DePaul Blue Demons also retired his jersey number (24).

Aguirre was the first overall pick of the 1981 NBA Draft. The Mavericks drafted him right after college that year. He stayed in Dallas till 1989, before moving to the Detroit Pistons. Mark enjoyed the most successful period of his career with the Pistons. He helped the team win two NBA titles in a row, in the 1988-89 and 1989-90 seasons. Unfortunately for Mark, those were the only two times when he made it to the playoffs.

Apart from two NBA championships, Aguirre is also a 3x NBA All-Star. He featured in the All-Star games in 1984, 1987, and 1988. These were the only major accolades that Mark Aguirre has won in the NBA. He was awarded the Naismith College Player of the Year after a remarkable season for his college team.