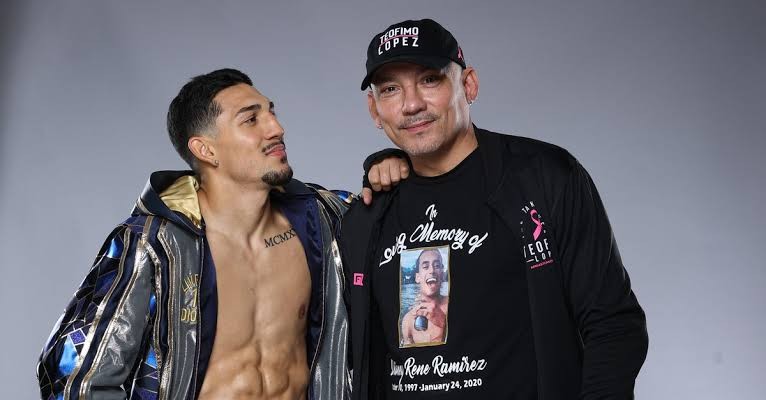 Teófimo López is now at the top of the lightweight boxing scenario in the world. The American is currently the unified lightweight champion, having possession of IBF and WBA(super), WBO, and The Ring titles. According to ESPN, López has also been ranked the pound-for-pound fifth-best active boxer in the world. In his last ring appearance, López successfully defended his lightweight titles against George Kambosos Jr. and became the undisputed king of the division.

Since beginning his professional career back in 2016, López has been unstoppable and dominated anyone who came in his way. Throughout this humongous rise, Lopez didn’t fail to give credit to the person who was always with him and helped him in training to make him a force of nature. It was his father and trainer, Teófimo López Sr.

Who is Teófimo López Sr?

López has always been open about his father’s role in his life and what kind of relationship the duo share. The López family were Honduran immigrants who came to America for better opportunities. López was born in 1997 and started training with his father, Teófimo López Sr at the age of 6 and has continued it till now. 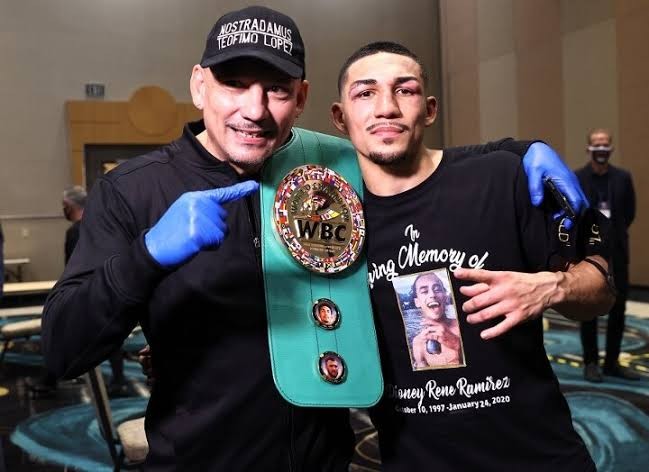 In a recent interview with NEXGEN Sports, López shared his father’s role as he described his inputs as major key factors in his success. According to the young gun, his father pushed him to do better every time he stepped into the ring. ” You know, I’m very blessed and thankful that I’m actually able to have my father be that person,” said Lopez.

In the history of boxing, there have been many father-son duos who have become successful. At present, the Lopez duo is unarguably the best father-son pair to take part in the sport. His father’s vision and López’s hard work are what transformed him from a Brooklyn kid to ‘The Takeover’. 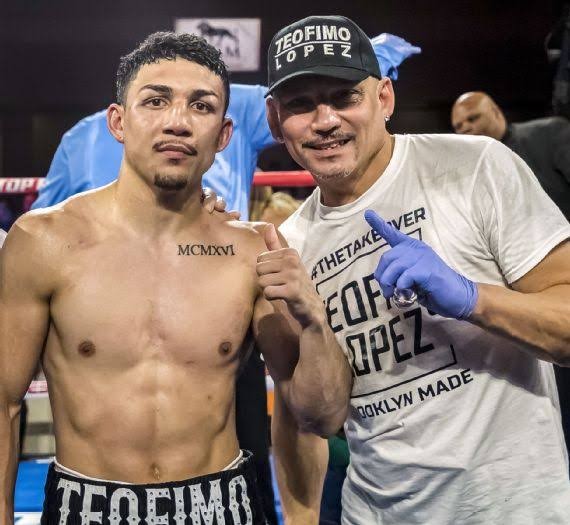 The 23-year-old is undefeated throughout his career. Moreover, his age and capabilities are presumed to go way ahead from here. The year 2020 can be considered as one of the best years for the duo in terms of achievements as The Ring Magazine declared Lopez as the ‘ Fighter of the year’ title. Along with that, Lopez Sr was also named the WBN. Trainer of the Year

“He Better Keep His Girlfriend on a Leash”- Tyson Fury Sparks Controversy After His Recent Comments, Jake Paul Responds