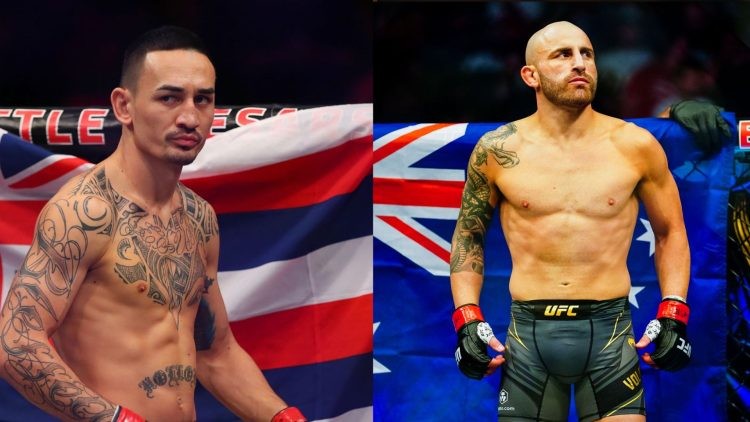 Alexander Volkanovski and Max Holloway have fought each other twice before. While the Australian was able to scrape through a win on both occasions, it didn’t come without controversy. Both fights were incredibly close and either one of the two could’ve walked away with a win.

However, to put a full stop to this debate, the two are set to enter the octagon yet again at UFC 276 on July 2nd. Ahead of the highly anticipated trilogy bout, we will break down the two fights to figure out who actually won on both occasions.

Holloway and Volkanovski go the full 25 for the gold! How are you scoring it?! 📝 #UFC245 pic.twitter.com/pAC6GJLdzi

The two first entered the octagon in 2019 at UFC 245 where Alexander Volkanovski beat Max Holloway by a unanimous decision. In the fight, the Australian took control of the fight in the first three rounds and won all three rounds on the scorecards of all but one judge. Moreover, proved to be the more effective fighter as he fired at 52% accuracy. There were 157 significant strikes in total. 67 of 178 landing to the head, 15 of 32 shots to the body, and 75 of 93 leg kicks.

Here’s the Global Scorecard data from this historic fight.#UFC245 pic.twitter.com/BI28Z387u9

On the flip side, Max Holloway fired at 44% accuracy. There were 134 significant strikes in total. 85 of 233 landing to the head, 32 of 44 body shots, and 17 of 26 leg kicks. Judging by accuracy, it is safe to say that the first fight should’ve gone the way it did i.e., in favor of Alexander Volkanovski.

Was the second fight actually won by Max Holloway?

The second fight between the two proved to be even closer than the first one. The first two rounds were won by Holloway on every judge’s scorecard and it came down to the final three rounds where judges had different opinions.

As a result of which, Alexander Volkanovski managed to get a split decision victory at the end of the five-round championship bout. However, Max Holloway seemingly did more damage than that Volkanovski and looked to be in control of the majority of the fight. While ‘Blessed’ should’ve gotten the victory, the bout was too close to judge from just one aspect and it’s pretty subjective. Who do you think should’ve won both fights?