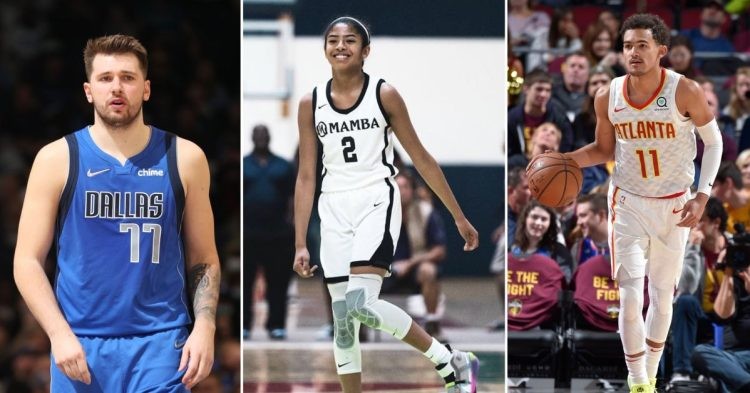 Luka Doncic was one of the NBA stars to pay tribute to Gianna Bryant and Kobe Bryant. He wrote a message on his shoes after their tragic death. Together with that, he also represented Gigi by wearing the ‘Mambacita’ sweatshirt. The way he paid homage to her might indicate that the pair shared a special relationship.

Many believe that Luka was Gigi’s favorite player. The main reason for this was because of how they communicated the last time they met. Gigi attended the Los Angeles Lakers vs Dallas Mavericks game at the Staples Center on December 29, 2019. That day, the pair spoke and posed for images together as well. But was he Gigi’s favorite player?

A while ago, Lakers Vice President Rob Pelinka spoke on the last time Kobe and Gigi attended an NBA game.

He said on a podcast, “We all have seen the footage in how tender and beautiful it was when Kobe and Gigi were going to games, sitting courtside. He’s mentoring her in the ways of play. I could remember it was their last games at Staples Center. She was picking certain players, she wanted to study because she was just like her dad and she wanted to see Luka play.”

Pelinka’s revelations indicate that Gigi was interested to study how Luka Magic played, and with good reason as well. Luka has been one of the best young talents in the league since his rookie year. It is no surprise that he has inspired the younger generation. However, another player who might be Gigi’s favorite player is in fact Doncic’s friend; Trae Young.

…This S*** can’t be real… this the first moment I was able to meet Gianna Maria, she’s been to only 3 games this year… 2 of them were mine… She told me I was her favorite player to watch🙏🏽 I can’t believe this😢😭

One might wonder how the pair met and got familiar. Gigi was being trained by Alex Bazzell at the time, who was also Trae’s trainer. He also disclosed that he met Kobe this way as well. We can only speculate who her favorite player was, since she’d be the only one to know. However, it looks like she admired both Trae and Luka for the way they played on the court.

Doncic and Young would be honored that they had managed to bring about a positive impact on the community. However, it’s also heartbreaking for them as Gigi was unable to see the great heights they have touched recently.