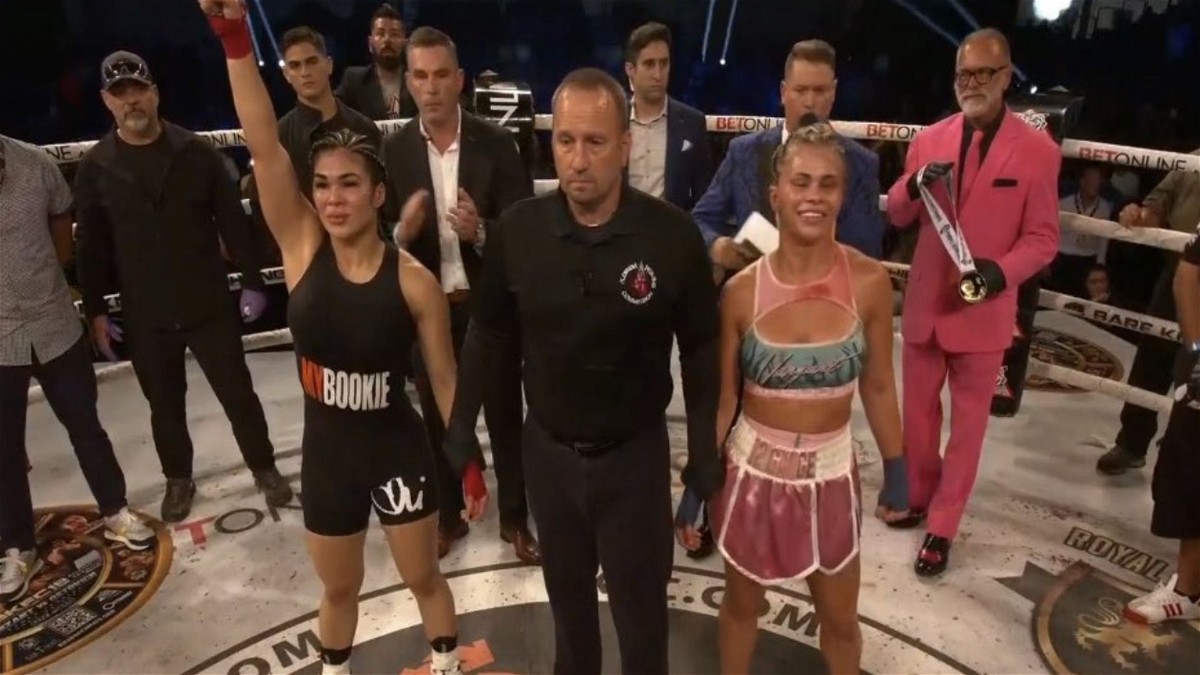 Paige VanZant and Rachael Ostovich put on a show at BKFC 19 as both the athletes engaged in an absolute war in the main event. BKFC 19 streamed live on FITE TV and took place at Florida State Fairgrounds in Tampa, Fla.

Paige VanZant and Rachael Ostovich shared the BKFC ring for the second time and the result was the same as Ostovich picked up a unanimous decision win over Paige VanZant in a hard-fought main-event.

While there was a lot of bad blood going into the fight, there was nothing but respect from both the fighters after everything was said and done. Ostovich looked like the better fighter from the very start and showed huge improvement as the round followed.

At one point in the fourth round, it looked like Ostovich would get her hand raised via stoppage, however, an experienced Paige VanZant kept the fight moving by using clinch to negate the damage. Additionally, it won’t be wrong to say that the referee gave every possible chance to both the fighters to give their all inside the BKFC ring.

Rachael Ostovich dominates Paige VanZant in the rematch at BKFC 19

Rachael Ostovich looked dominant from the let go, and the over-aggressive approach from Paige VanZant in the first round did not go too well for the former UFC fighter who absorbed significant damage in the first round, compromising her for the entire duration of the fight.

Additionally, it was Ostovich’s flurry in the closing moments of every round that kept her ahead in the judges’ scorecards. A huge right hand in the fourth round staggered the UFC star who looked to once again fo for the clinch.

Will she find success in her second #BKFC bout???

However, Ostovich showed great work in the clinch exchange, landing lethal shots to the body. Be that as it may, Paige VanZant bounced back in the fifth and final round, showing her incredible jab and keeping Rachael Ostovich away from punching range.

A 1-2 from VanZant even landed hard on Rachael Ostovich, who was able to manage the onslaught by going into the clinch as the referee separated both the fighters. While a strong finish for the fan-favorite Paige VanZant in the final round, it wasn’t enough to get the victory.