Why Did Kelvin Gastelum Pull Out of UFC 273? 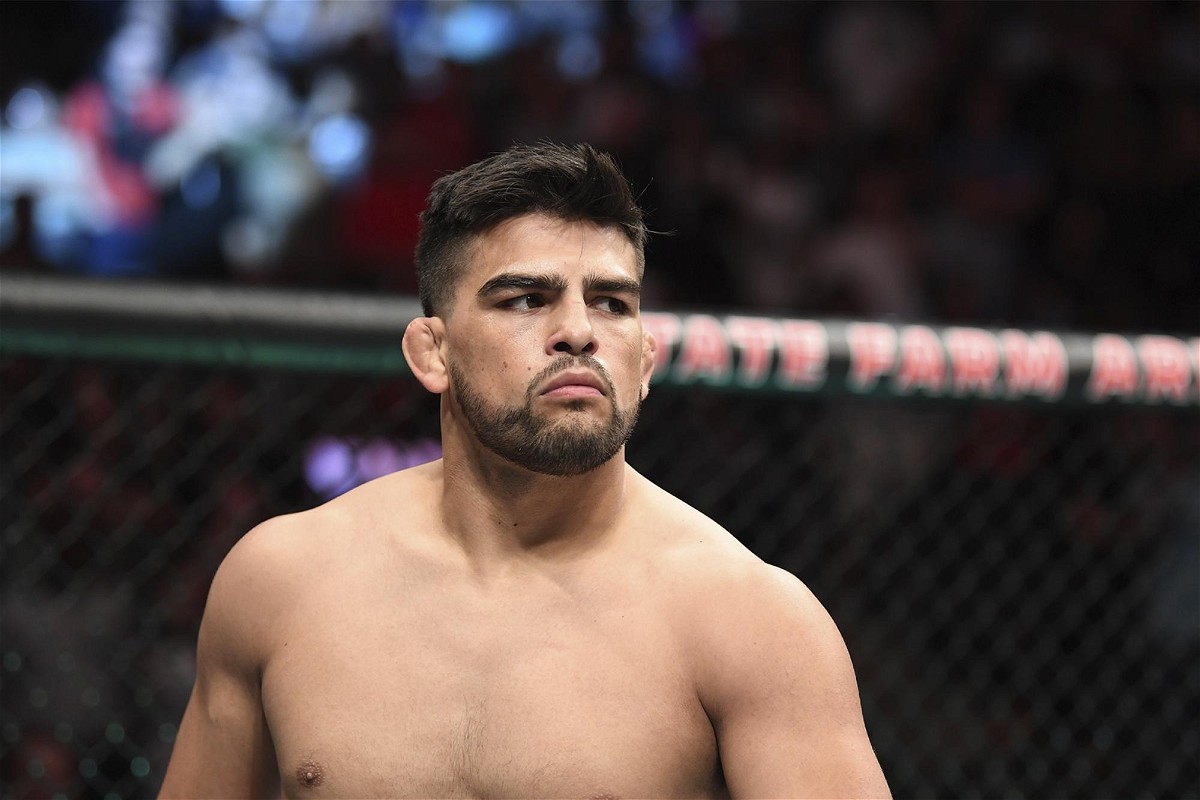 Kelvin Gastelum recently suffered an injury the details of which, he’s yet to disclose. The severity of the injury has made him cancel his bout against Dricus Du Plessis. He recently apologized to his fans for pulling out of UFC 273.

Kelvin was initially set to face Nassourdine Imavov, but Imamov had to withdraw because of Visa issues. Gastelum was then set to fight Dricus.

Dricus, who was originally scheduled to fight Chris Curtis. However, the fight was called off after Chris sustained a wrist injury during training. He was then paired against Anthony Hernandez. Since Gastelum was left without an opponent, Dricus had to pull out of the Hernandez fight.

Now, both Gastelum and Dricus are officially off of the card. Sources have reported that Dricus will not be getting a replacement.

Gastelum is currently on a losing streak. He has only won one of his past six fights. The 30-year-old shattered his three-fight losing streak with a unanimous decision against Ian Heinisch at UFC 258. However, he ended up losing his next fights to Robert Whittaker and Jared Cannonier.

Kelvin Gastelum issues statement after his withdrawal from UFC 273

Kelvin announced his withdrawal on April 1. “I wish this was an April Fool’s joke.” Kelvin said in his apology video.

“I wish this didn’t happen, but it did, and unfortunately, I have to withdraw from the fight.”

“I was advised not to disclose the injury, but just know, I am compromised, and I can’t and won’t be heading into the fight compromised the way that I am.”

“It’s going to be worth the ride, guys,” he said. “It’s going to be one hell of a book once it’s all done and finished. I’m not done – far from over it. … I truly believe that we can get the job done. If I didn’t, believe it in my heart, then I wouldn’t say it.”

UFC 273 is now moving forward with 13 confirmed bouts. The event is scheduled for Saturday, April 9 at VyStar Veterans Memorial Arena in Jacksonville, Fla. The headlineer is a featherweight championship fight between Alexander Volkanovski and Chan Sung Jung, better known as ‘The Korean Zombie.