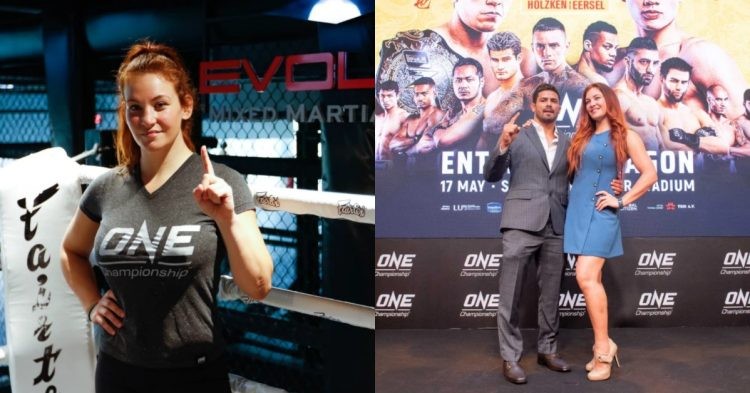 Miesha Tate left the UFC in 2016 to join ONE Championship in an executive role. Tate lost her belt to Amanda Nunes in the main event of UFC 200 that year. She suffered another loss to Raquel Pennington in the following bout as well. She then decided to take a break from fighting and moved to Aisa in order to take up a job with ONE.

Tate signed as the Vice President of the promotion in 2018. Miesha originally joined the company as they were looking to expand its wings and become more global. Specifically, they were targetting the USA market where UFC and Bellator are two major MMA promotions. Things were heading in the right direction just when the global pandemic started.

During an interview with MMA Junkie in 2020, Miesha revealed that the lockdown was very hard on her. She moved to Singapore right before the country decided to shut everything down. Being alone in a new country was hard on her. However, she stuck by the company as the promotions had big plans for its debut on American soil.

Miesha Tate was very happy to be associated with ONE Championship. However, she handed the company her 30-day notice in 2021 in order to fight in the UFC once again. So why did she leave ONE FC? The answer was not as complicated as one might think. Tate had an urge to fight once again and that’s why she decided to leave ONE.

“But I’m just really grateful that they have been so supportive, Chatri, the CEO and founder of One Championship. He understands what it means to be a mixed martial artist and that fires back and he is very supportive. Fully supportive of that. So I’m excited.” (h/t via EssentiallySports)

Former UFC Bantamweight Champion Miesha Tate is back in action this weekend as she is set to fight Lauren Murphy. After 5 years of absence, She came back to the company and took on Marion Reneau in the 135lbs division. Although she got the win over Marion via KO, Tate lost her following bout against Ketlen Vieira in November of 2021.

Miesha Tate makes weight, coming in at 125.8 pounds for her flyweight debut at #UFCLongIsland ⚖️ pic.twitter.com/1ohZ7sYb5x

Cupcake has now decided to move down to the flyweight division for her next bout. Her opponent Lauren Murphy is ranked no. 3 in the division. Hence, a win over Murphy will surely put her in a prime position to get a title shot against the champ and the pound-for-pound queen Valentina Shevchenko. If she does, Tate will have the chance to become a two-division champ in the UFC.