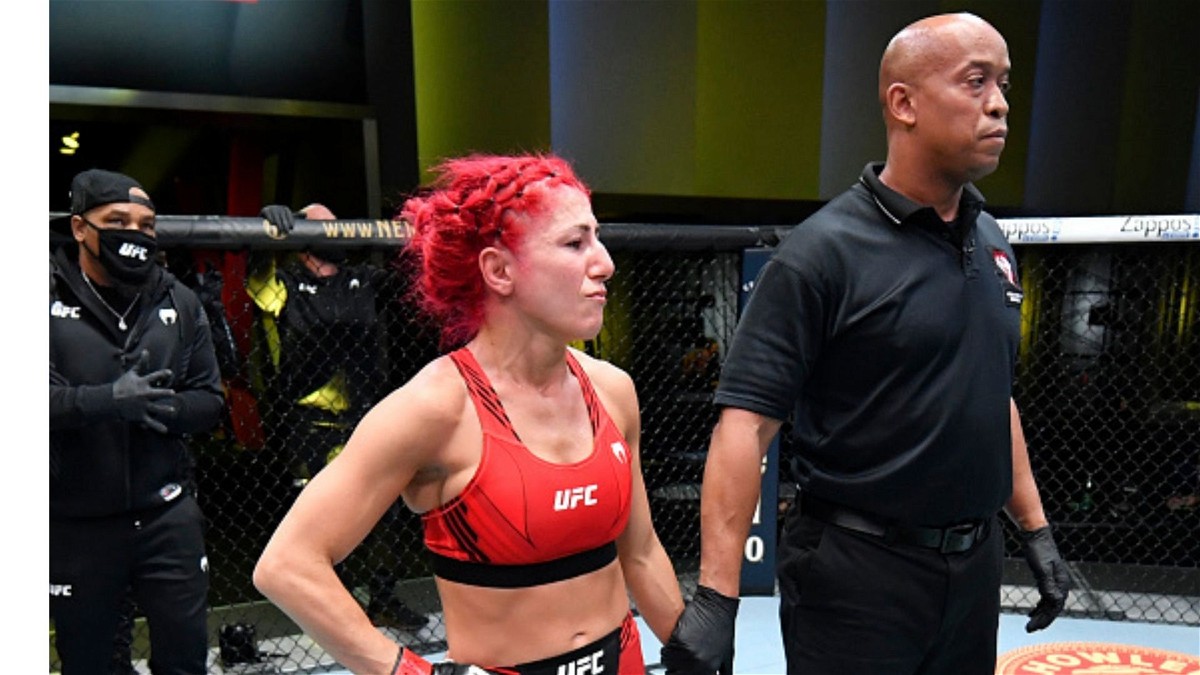 It won’t be wrong to say that a lot of fight fans expected a three-round war between both the strawweight when the fight was first announced. Luana Pinheiro, who was making her UFC debut after a scintillating KO win back at Dana White’s Contender’s Series which gave her the opportunity, suffered an illegal up kick against Markos, leading to the disqualification of the 35-year old MMA veteran. Luana Pinheiro was awarded the win, while, Markos was disqualified in what was the first DQ win in the history of UFC’s women’s mixed martial arts.

UFC Vegas 25 struggled to find a finish, as all the fighters went three full rounds. While some fights were exciting, it won’t be wrong to say that it was a lackluster preliminary card ahead of what promises to be an exciting main-card. Be that as it may, it was filled with controversy, with Randa Markos’ DQ win stealing all the limelight. So why was Markos disqualified against Luana Pinheiro?

It’s such a shame that Pinheiro suffered such a devastating shot in her UFC debut. Needless to say, if the injuries sustained are fatal, it could push her UFC career back to more than a year. One will have to wait and find out what lies ahead for Luana Pinheiro.

The knockout artist looked dominant in her first UFC appearance, landing several takedowns during the fight. She also had the striking advantage and made great use of leg kicks to completely overwhelm the 25-year old Randa Markos. However, an illegal up kick from her back on a downed Pinheiro sent her on her back, knocking her out as the Doctor rushed in to check on her. The referee called a pause in the action and called the fight in favor of Pinheiro after determining that the shot was illegal. 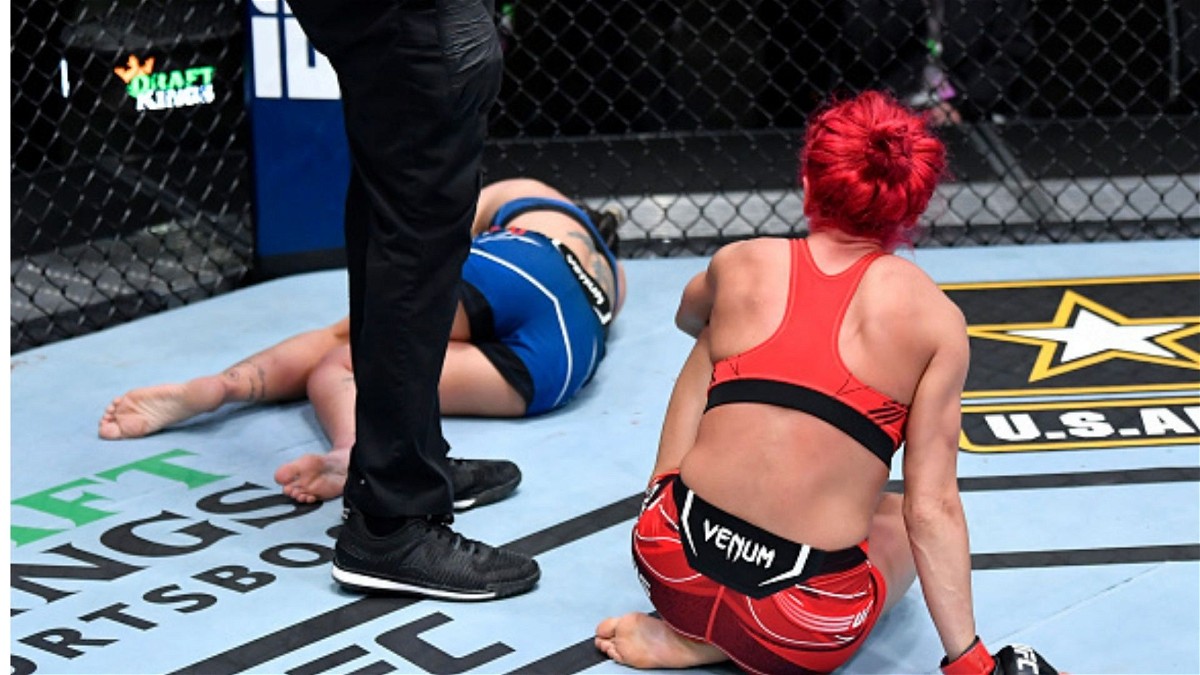 It won’t be wrong to say that, it was looking like Pinheiro would cruise to a win in her UFC debut. While it isn’t the one she would have imagined, it’s a win nonetheless. Needless to say, these accidents are part of the game, and that’s what makes MMA such a dangerous sport.