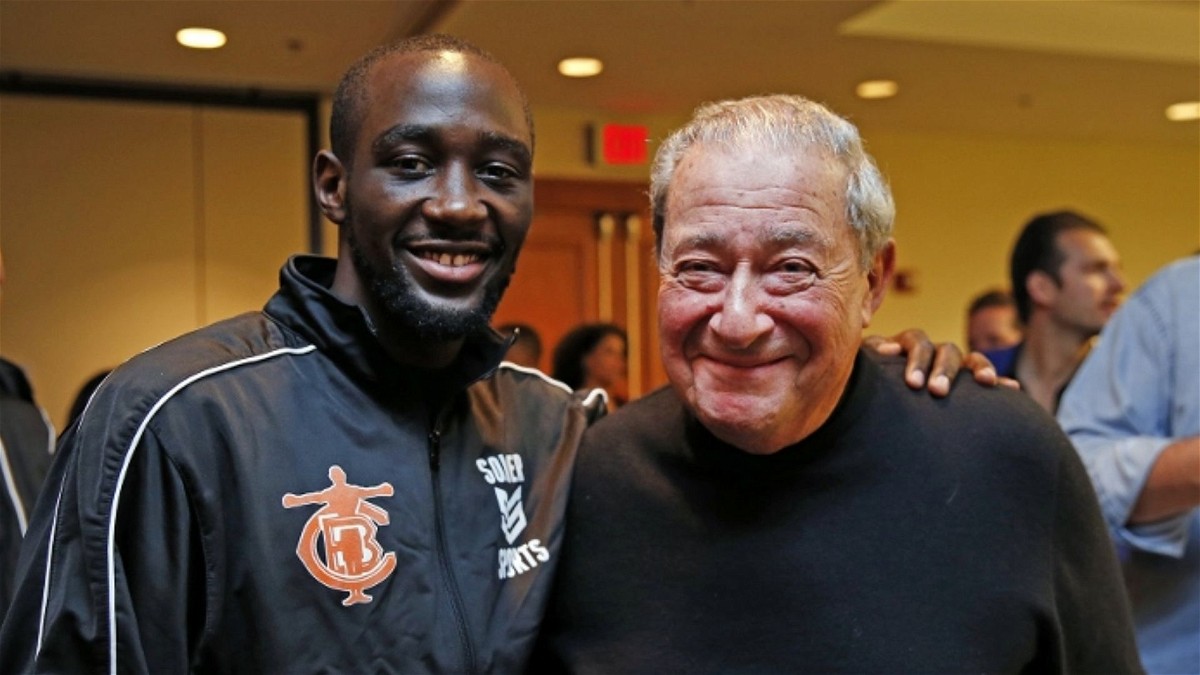 The WBO welterweight champion Terence Crawford announced that he is a free agent following his emphatic win over Shawn Porter for the championship belt. Crawford looked flawless against an ever-aggressive Shawn Porter and became the first boxer to hand a stoppage loss to the former champion as he knocked him out in the tenth round to defend the WBO welterweight belt.

Following the fight, Crawford addressed the media and revealed that he was going to be a free-agent moving forward in his career. The fight against Shawn Porter marked the last fight for Terence Crawford under Bob Arum and Top Rank boxing. Speaking to the media, Crawford said, “Bob [Arum] couldn’t secure me the [Errol] Spence fight when I was with him, so how is he gonna secure me the Spence fight when I’m not with him? I’m moving forward with my career.”

Needless to say, the news did not come as a shock to many boxing fans, who had been expecting this move from Terence Crawford for quite some time now.

Terence Crawford is a free agent

Terence Crawford is a free agent after parting ways with Top Rank boxing following his incredible win over Shawn Porter in his fifth title defense. In the past, Bob Arum has expressed his resentment at Crawford for not promoting himself.

CRAWFORD JUST DID WHAT NO MAN HAS DONE. #CrawfordPorter pic.twitter.com/wtQ9ju0Krl

“Nobody questions Crawford’s innate, tremendous ability. By beating a naturally bigger guy decisively, that’s a big statement that he’s making. The question is, ‘Does it pay the bills?’ Look, you can have the greatest opera singer in the world. If the fans don’t support it, you’re out of business.” Bob Arum had said about Terence Crawford in an interview to The Athletic following Crawford’s vicious stoppage win over Kell Brooks.

Terence Crawford Net Worth 2021: How Rich is the Current WBO Welterweight Champion?