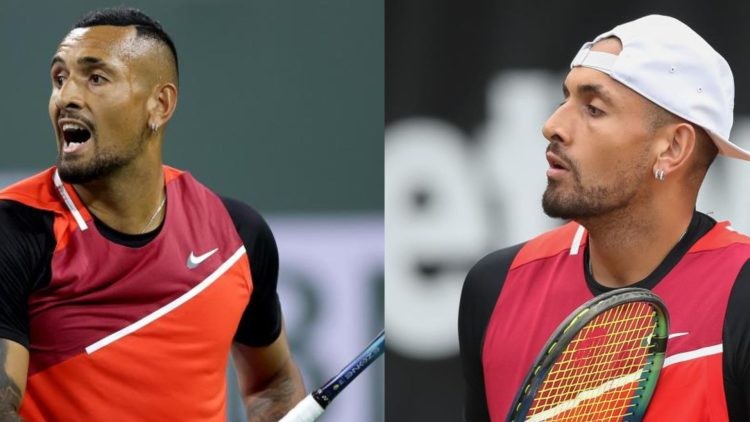 Nick Kyrgios has been making the news in Wimbledon for both good and bad reasons. Nick can clearly be characterized as an eccentric person who has a no holds barred attitude towards everything in life.

Even though some people appreciate this upfront and straightforward behaviour, a major chunk of the tennis fans hates Nick Kyrgios for a lot of reasons. Mostly his lack of respect for the game has irked a lot of fans and they rightly feel that he does not deserve to play tennis.

Most of the time it has been viewed that he does not try hard and gives up easily. His disdain towards the game can be substantiated by his on-court behaviour and his answers given in the post-match press conferences as well. His lack of respect towards his rivals is also very well noted.

One major incident that comes to mind is his match with Rafael Nadal in Acapulco.  After his on-court antics, Nick went on to cup his ears in order to taunt the fans of Rafael Nadal.

Even though Nadal is considered to be one of the most gracious players on the court, he was surely disappointed by Nick’s behaviour and went on to say that even though Nick has a lot of talent and potential, he is where he is because he lacks respect for the game, his rivals and the audience.

Nick Kyrgios admits to spitting near a fan in the Wimbledon

Nick Kyrgios can be considered to be magnetic to controversies. In a closely poised match against Paul Jubb, Nick admitted to spitting in the direction of the fan and hence he was also handed a fine of 10,000 pounds for his unsportsmanship-like behaviour, which is the largest ever fine-handed to any player at Wimbledon this year.

He also brought in sushi while giving the press conference which was criticised by a lot of the fans. Nick has been accused of victimizing himself every time he gets caught up in a controversy. His ex-girlfriends have also claimed that Nick is an arrogant man.

His disrespect has also reached the umpires wherein he has allegedly cussed at a couple of them if the decisions have not gone his way. Hate him or love him, Nick Kyrgios is definitely one of the most unique personalities on tour and it can be said that his behaviour has been improving gradually with his growing age.