Why Does Deontay Wilder Call Himself “The Bronze Bomber” 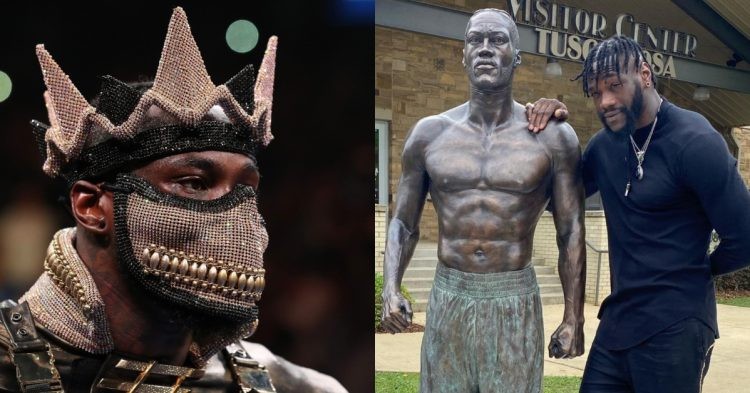 Deontay Wilder is undoubtedly one of the best heavyweight boxers in the world. The American boxer is a former WBC world heavyweight champion who has held the belt for five years. In addition to the above fact, Wilder has a brilliant professional record of 42 wins out of 45 fights.

Interestingly, Deontay Wilder has claimed 41 KO wins in his career, which makes him the most ruthless boxer in the history of the sport. Apart from his deadly right hand, Wilder is recognized for various other reasons. One of those reasons is his extraordinary walkout outfits. Besides his quirky costumes and showmanship, the former heavyweight champion also has a unique moniker.

Wilder is also known as the Bronze Bomber and several fans call him by this moniker. However, some might wonder why is the former champion’s nickname The Bronze Bomber. So moving forward let us try to understand the meaning and story behind Deontay’s unique moniker.

Deontay Wilder’s nickname The Bronze Bomber dates back to the time when he was in the initial stages of his boxing career. The 36-year-old took inspiration from his hometown hero Joe Louis who was at the pinnacle of the heavyweight division for over a decade. Moreover, Deontay Wilder idolises Joe as he was one of the reasons why he started boxing. 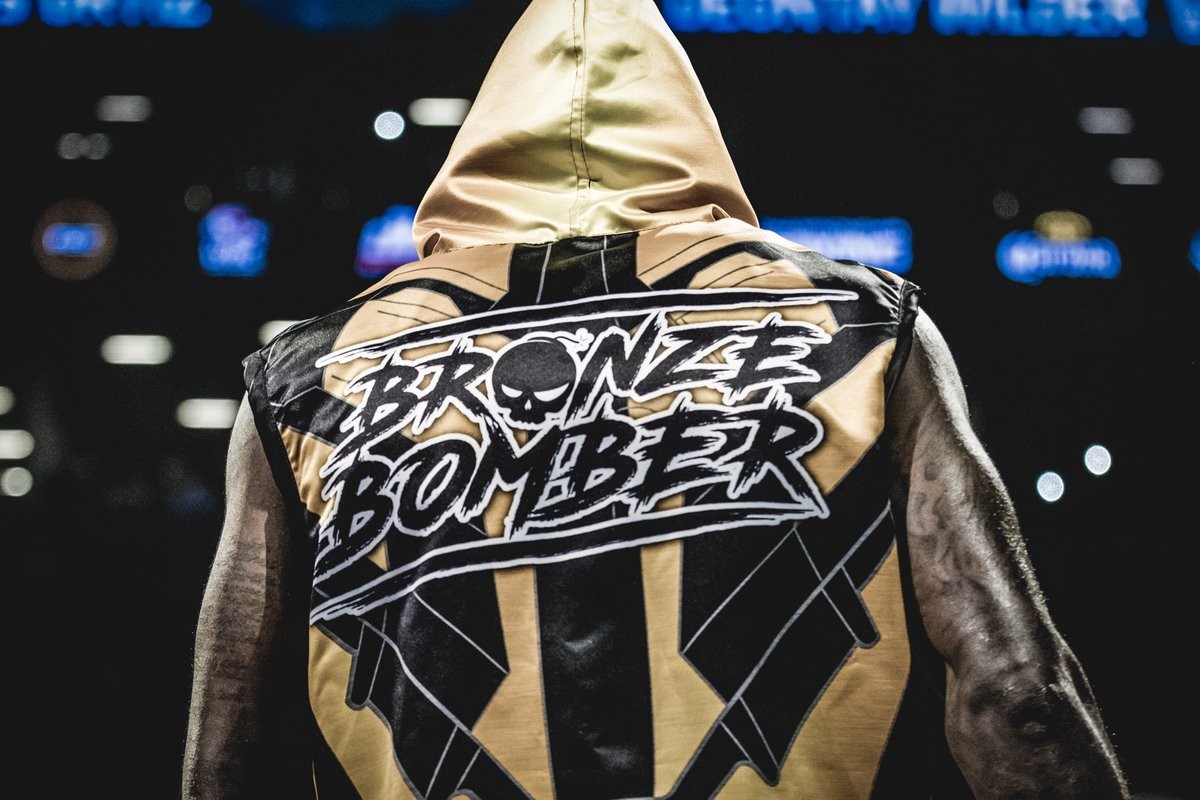 As a result, Wilder partly adapted Joe Louis’ moniker and gave his spin to it. The moniker of Louis is the Brown Bomber and he was known by this name by most fight fans. Consequently, the former WBC world heavyweight champion adapted this name and turned it into The Bronze Bomber.

He coined this nickname to honour his bronze medal victory in the 2008 Olympics which took place in Beijing. Ever since that time Wilder is widely known by fans as The Bronze Bomber. This name suits Deontay perfectly as the American boxer is deadly in the ring. Moreover, his destructive power is a good example of why fans call him by this nickname.

The nickname of the Bronze Bomber sounds menacing. It just sends shivers down the spine of his opponents who are scared stiff. As mentioned previously, Wilder has 41 knockouts in his career. So there is no denying the fact that Wilder does perfect justice to his unique and dangerous nickname.

Subsequently, after achieving great success in the sport, Wilder earned a significant number of fans across the globe. Therefore the former WBC champion decided to label his fanbase as The Bomb Disposal Squad or The Bombzquad. Wilder also has his own clothing apparel named the Bombzquad where his fans can buy T-shirts, Hoodies and other things.

Wilder’s hometown has built a bronze statue in his honour

Deontany Wilder was born on October 22nd, 1985 in Tuscaloosa, Alabama. Wilder has gone on to achieve extraordinary feats in his incredible boxing career. From having no experience in boxing till the age of 20 to becoming a world champion, Wilder’s story is a source of inspiration for many. On 26th May 2022, his hometown honoured him in a grand fashion.

The town authority decided to immortalize one of their most famous sons with a life-size statue of him. It was an incredible gesture and one that Wilder himself appreciated. However, it was not just any other statue, as a tribute to his nickname, the idol was made of Bronze. Deontay unveiled his own statue and was filled with emotion.

The emotional moment when Deontay Wilder revealed the statue of himself created by Caleb O’Connor.

The statue will be permanently located outside of @VisitTuscaloosa, representing the @BronzeBomber in Tuscaloosa for perpetuity. 👊💯 Make sure to come by and see it for yourself! pic.twitter.com/YkfMD0C7pi

“What an amazing event to be apart of and a very special moment in history. My statue will be here for generations to come and I got my flowers while I was alive!!!!!! Thank you so much to all that was involved I love you guys and thanks to my city and state for there’s no damn place like HOME!!!” (h/t via Instagram)

Deontay Wilder returns to action on October 15th as he takes on Robert Helenius. Wilder is coming off a loss to Tyson Fury, who beat Deontay in both of his last two fights. So Wilder’s recent record is nothing to write home about. However, the former champ will look to bounce back with another of his trademark knockout wins.