Why did Rachel Nichols not Get the Same Treatment as Paul Pierce? 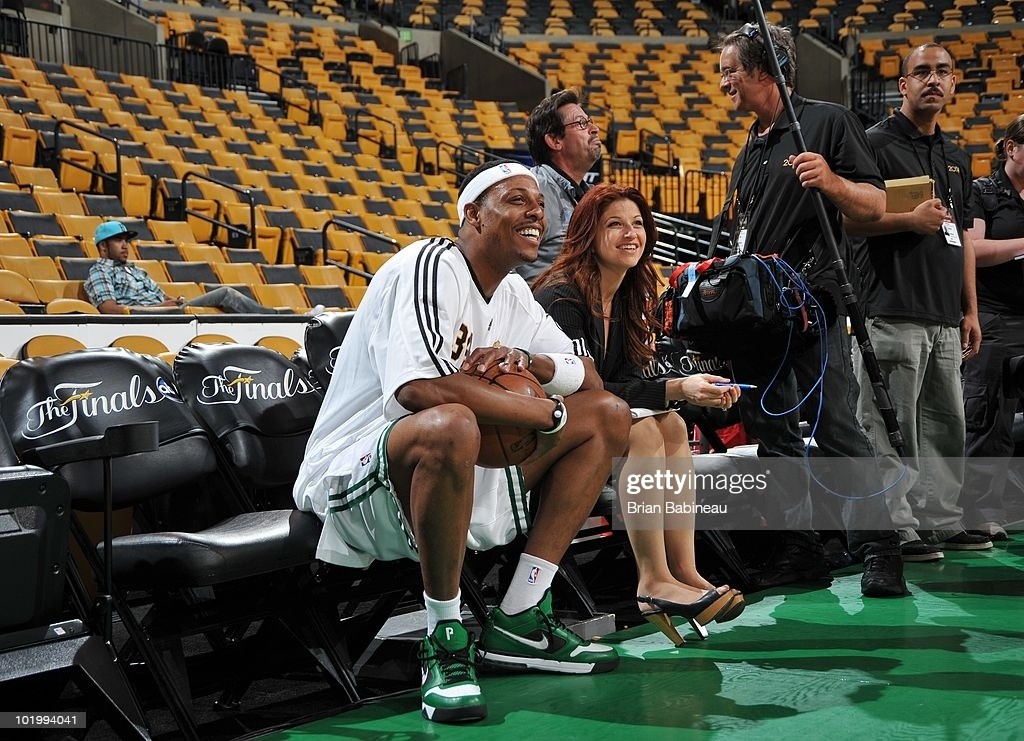 BOSTON - JUNE 8: Paul Pierce #34 of the Boston Celtics talks with Rachel Nichols of ESPN prior to Game Three of the 2010 NBA Finals against the Los Angeles Lakers on June 8, 2010 at TD Garden in Boston, Massachusetts. The Lakers won 91-84. NOTE TO USER: User expressly acknowledges and agrees that, by downloading and/or using this Photograph, user is consenting to the terms and conditions of the Getty Images License Agreement. Mandatory Copyright Notice: Copyright 2010 NBAE (Photo by Brian Babineau/NBAE via Getty Images)

Its the age of cancel culture, people working in the spotlight have to be really careful about what they do or say. Sometimes celebrities get cancelled over the most small things. However, most times its due to something horrible they did. From racism to sexual harassment, you will be held accountable for everything you do. Rachel Nichols, who is a News analyst for ESPN finds herself in the same boat now.

Who is Rachel Nichols?

Rachel Nichols is not only a sports analyst and an anchor but also the Host of  ‘The Jump’ on ESPN. She 47 years old and been covering the game from 1995. She is one of the most accomplished women in her field but I guess the success has gotten to her head.

What did Rachel Nichols do?

Rachel Nichols was in a conversation with Adam Mendelsohn, who is LeBron’s spokesperson. They started to talk about Maria Taylor, a colleague of Rachel’s from ESPN. The Topic revolved around Maria covering the NBA Finals over Rachel.

The people are riled up because of the remarks associating Maria’s accomplishments with her race rather than her actual work. Rachel Nichols shows her jealousy and pettiness and the NBA world is having none of this.

The Enraged Reaction of the NBA Fans

The first thing that all NBA Fans brought up was the fact that Rachel Nichols has done worse things prior to this. These racist remarks just add to list of the mistakes committed by her.

Not only does she know that she has benefits in the modern world for being a woman but also exploits them. She has gotten away scot-free unlike male analysts like former NBA Player Paul Pierce. Paul Pierce did not lose his job for something he said on air but because of what he does in his personal time. Pierce went live on his Instagram with strippers in the background.

Apparently that was enough for ESPN to send him packing. However, Rachel Nichols with so many priors is still holding on to her job.

Former NBA Player and arguably the Biggest bust in NBA History, Kwame Brown has been pointing all these things out for months. It only goes to show the truth in this situation.

Should Rachel Be Cancelled? It’s not for me to decide but her actions should have some sort of consequences. Maybe a suspension or firing from her job. That all lies in the hands of ESPN and whole world is watching carefully for what they will do to punish Nichols. We might even see the NBA take her out from the group of individuals that vote for NBA awards.

Also Read: Is Giannis Antetokounmpo Playing in the NBA Finals?

How Many Times Has Conor McGregor Retired From Mixed Martial Arts?