Why Ion Cutelaba Is Called The Hulk? 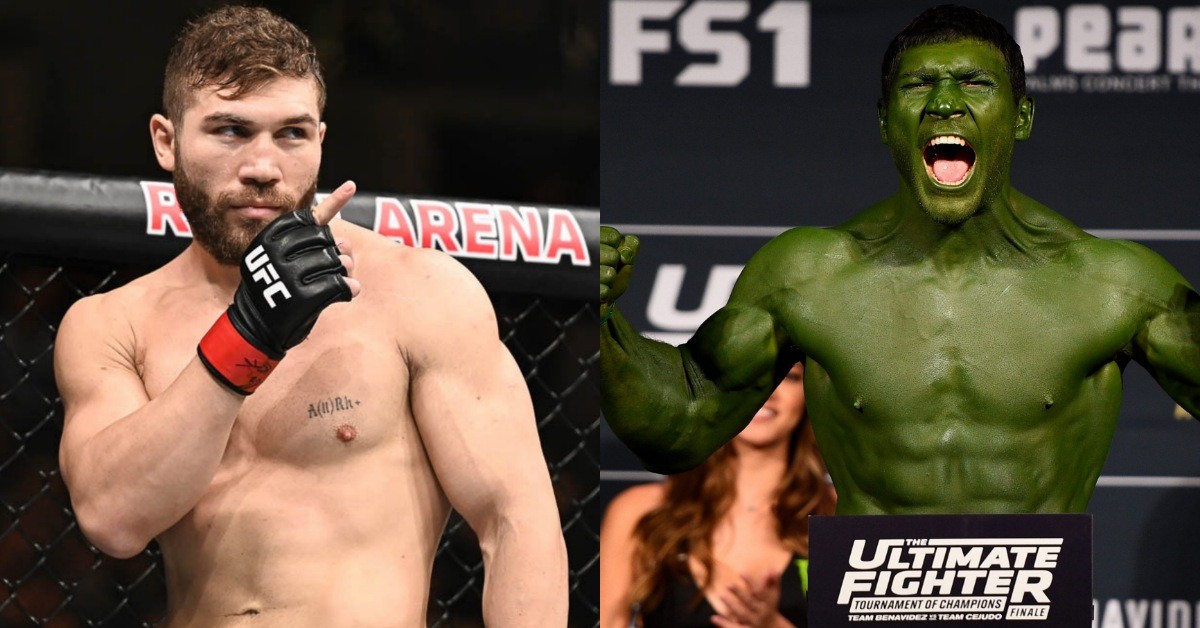 Ion Cutelaba in his Hulk make-up. (Images via Twitter)

Ion Cutelaba is a Light-heavyweight fighter in the UFC. He was considered to be championship material early in his career. Before signing for the UFC, Cutelaba was 11-1 in his pro career. But he got off to a rough start in the company as Ion lost his very first fight to Misha Cirkunovin in 2016 via submission.

Subsequently, the 28-year-old has fought 10 more times in the UFC so far. But Cutelaba has come up short every time he was matched up against an elite fighter. He has lost twice to Magomed Ankalaev twice and was submitted by the current 205lbs champ Glover Teixeira. Cutelaba was involved in a very fun fight against Jared Cannonier as well, which he lost via unanimous decision.

Cutelaba always excels in brawls. He not only is a powerful striker, but he is also very dynamic with his offence as well. The biggest evidence of that came against Khalil Rountree Jr. Rountree is a trained Muay Thai fighter. Fighters who adopt that style, are excellent at using their elbows to inflict damage. But Cutelaba turned the script on its head and knocked Khalil out with vicious elbows of his own.

What is Ion Cutelaba’s nickname?

In the past, Ion always fought with rage. Not only in the Octagon, but he also used to rile up his opponents during the weigh-ins as well. Cutelaba’s antic perfectly suited his nickname, ‘The Hulk.’ He embraced the gimmick so well that he even painted his body green similar to the character. It is unknown how he got the nickname. But it will not be surprising to know if Cutelaba gave it to himself.

Hulk is a character from the Marvel Comics. Hulk is the alter ego of Bruce Banner who turns into a green wrecking ball whenever he is angry. In a way, it is perfect for Ion Cutelaba who embraces a completely different personality before stepping inside the Octagon. However, in recent times, Cutelaba has reigned in his rage.

Cutelaba used to throw caution to the wind and swing for the fences during his early UFC fights. But in his last two fights against Karl Roberson and Modestas Bukauskas, Cutelaba had a very calculated style. He threw strikes while maintaining his composure instead of brawling. The altered style of fighting is a good move for his career going forward.

Ion Cutelaba is still very young in his career. If he maintains his striking acumen and improves his grappling, Cutelaba will be a problem for the 205lbs division. With Jon Jones out of the division, the belt is anybody’s for the taking. Cutelaba may just become a prominent fixture of the division in near future.