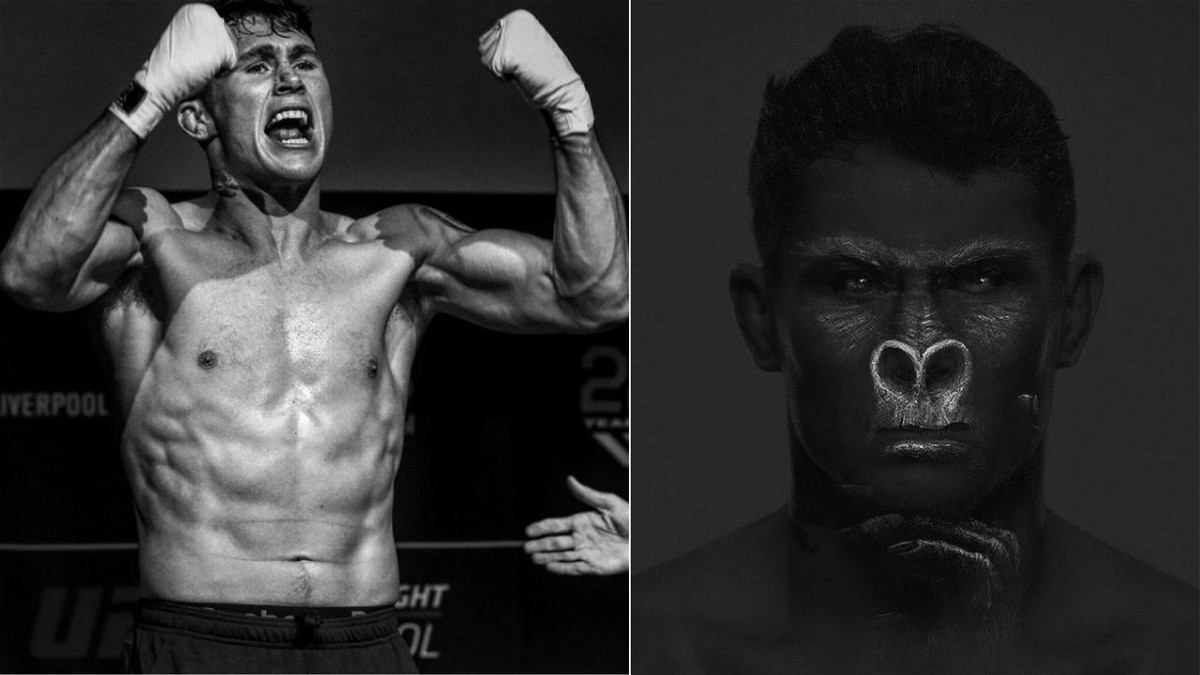 Darren Till is famous for his moniker “Gorilla” in the UFC. The former welterweight title challenger Darren Till has time and again proved his credibility inside the UFC Octagon. He is widely regarded as one of the best in the UFC and is noted for his incredible striking. Darren Till stands 6ft tall and likes to dominate his opponent with his striking prowess.

Darren Till is known as the Gorilla in the UFC. Till credits former UFC fighter Dan Hardy for the inspiration behind the nickname, and says he likes the idea of being the Gorilla of the UFC.

What is Darren Till’s nickname?

It all started with Dan Hardy referring to Darren Till as a gorilla because of his sheer shape and size for a welterweight contender. In the past, Darren Till had described himself as a light-heavyweight competing in the UFC’s welterweight division.

Darren Till was a huge welterweight contender, causing him tough weight cuts. Till missed weight against Stephen Thompson in a welterweight bout, and moved to the middleweight division after dropping a vicious KO loss against Jorge Masvidal.

Dan Hardy recalls how he was bombarded with emojis of a gorilla after Till’s fight.

“You’re the only guy who said it when I was fighting Cerrone. You said the Gorilla. I feel like that’s my nickname.” Till continues, “I feel like I am a big welterweight.”

“You gave me my nickname,” Till tells Hardy in the video. Have a look.

Darren Till currently competed in the UFC’s middleweight division but had a spectacular run in the welterweight division. With notable wins over the likes of Stephen Thompson, Donald Cerrone, and Kelvin Gastelum, he has cemented his position as one of the best of all time.

Can Darren Till become a UFC champion?

Despite the setbacks inside the Octagon, fight fans and fighters alike have expressed their opinion that Darren Till has the right skill set to become a UFC champion later down the line.

Darren Till is known as the Gorilla in the UFC. Till credits former UFC fighter Dan Hardy for the inspiration behind the nickname, and says he likes the idea of being the Gorilla of the UFC.

He is quick on his feet, carried monstrous power, and with the right training and approach, he has all the tools to beat even the best that the division has to offer. It’s no wonder that arguably one of the greatest of all time and UFC’s middleweight champion Israel Adesanya has always kept Darren Till in high regard.