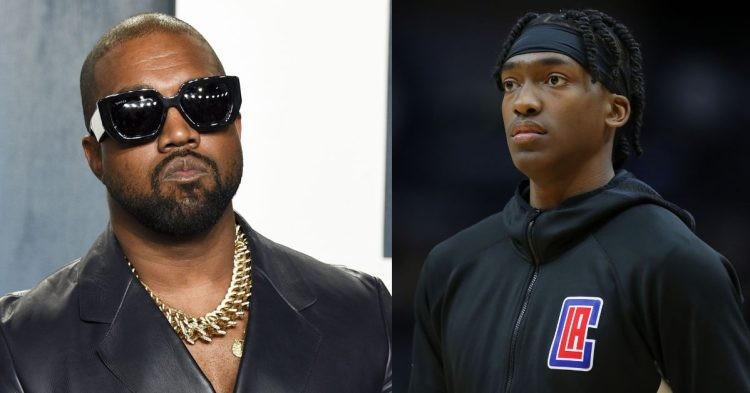 The NBA is home to superstars like LeBron James. In fact, it is so popular that it is an attraction for several popular celebrities. Mostly, singers like Kanye West, Drake, J Cole, etc. It would interest many people to know that Damian Lillard has tried his hand at rapping.

Since there is some connection between the two worlds, it begs the question. Who is the most influential celebrity in the NBA? Well, only an NBA player can answer the question. One must want to know who the player is and what his opinion on the topic could be.

Terrence Mann is a player for the Los Angeles Clippers. He was recently a guest in an interview for Brandon “Scoop B” Robinson of Bally Sports. There, he opined that Kanye was the one who had the most impact on the players.

To those who do not know, Kanye released  “jeen-yuhs” a trilogy documentary based on his life story. Most artists have amazing life stories filled with struggles and challenges. Starting from the bottom and finally risking it all to rise to the very top is almost a commonality for the greats. Mann went on to share the impact he felt this documentary had on the NBA players and about the “mindset” it allows people to enter.

“If the next guy can do it, I can do it too…So I believe just that mindset is almost like a Kobe mentality type of mindset that Kanye had while he was growing in his space, and I think a lot of people adopted that while watching his documentary. So I would say Kanye definitely is one of the most influential people.”

Terrence Mann is certainly entitled to his opinion after having watched the documentary. However, we should ask ourselves whether releasing a dramatic documentary is really the best method to be influential on NBA players.