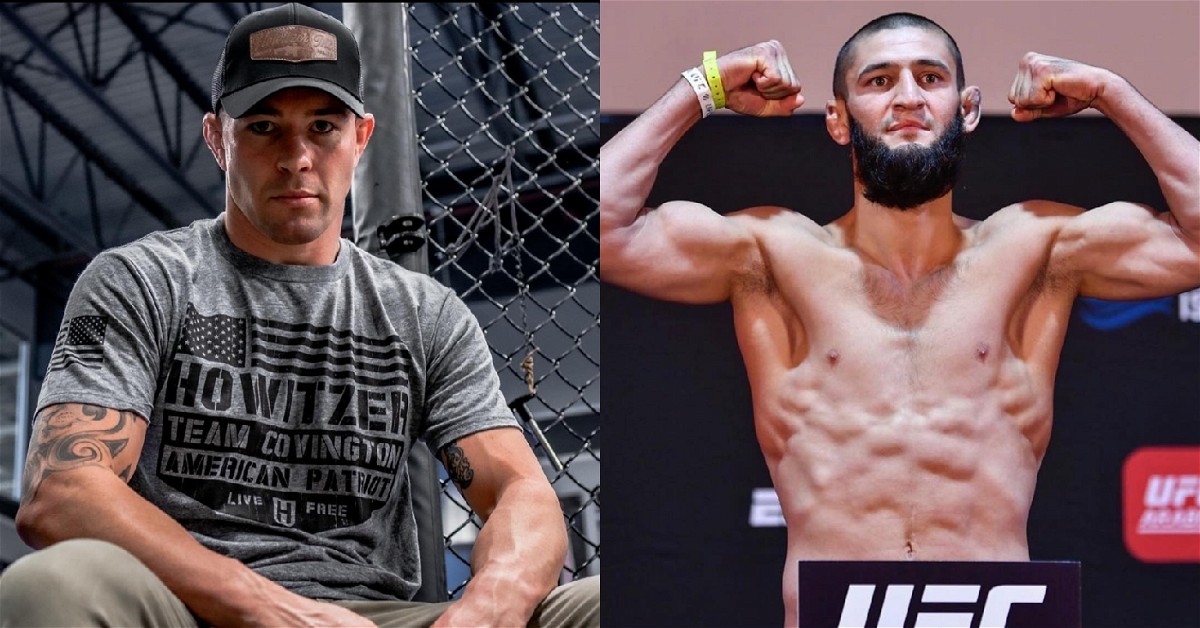 Colby Covington is coming off a win over former UFC welterweight champion, Tyron Woodley and should get the next shot at Kamaru Usman’s title. However, it seems Ali Abdelaziz has something else in his mind.

Kamaru Usman’s manager, Ali Abdelaziz claims that Usman should fight ranked no 7 welterweights, Michael Chiesa next instead of Colby Covington. In a recent interview with ESPN, Abdelaziz stated:

“Kamaru can fight 3 times more this year. Dana White told me something a little bit ago, he said the only way you stay relevant is to fight often. Kamaru is the guy. Why Colby? Why I am gonna put Colby in the spot. Why not Michael Chiesa? And Michael Chiesa he can’t take Kamaru down, he can’t lay and pray on him, stylistically it’s a good fight. I think Kamaru 10/10 times beats him, but why I will not give him an opportunity. But I am not the promoter, I am not Dana White, but I am talking about scenarios.”

“Why not Colby fight Khamzat? If Colby thinks he deserves a title fight, Khamzat has much bigger star power than Colby. I don’t care. If Masvidal healthy why he can not fight Khamzat.”

Khamzat Chimaev is undoubtedly one of the rising stars in UFC. But, a fight between Chimaev and Colby Covington makes no sense at all. Chimaev has not fought any ranked opponent yet and he needs to get a few wins against the top 10 welterweights before he is even considered for a title shot.

On the other hand, Covington is the only fighter that can give a tough challenge to Kamaru Usman in the welterweight division at the moment. He is coming off a win over the former champion. And besides Vicente Covington and Vicente Luque there are no clear contenders for the welterweight title.

It’s very likely that UFC will still make the rematch between Colby Covington and Kamaru Usman next. However, it does raise some eyebrows that Usman wants to fight Michael Chiesa instead of Colby Covington or Vicente Luque at UFC 263.