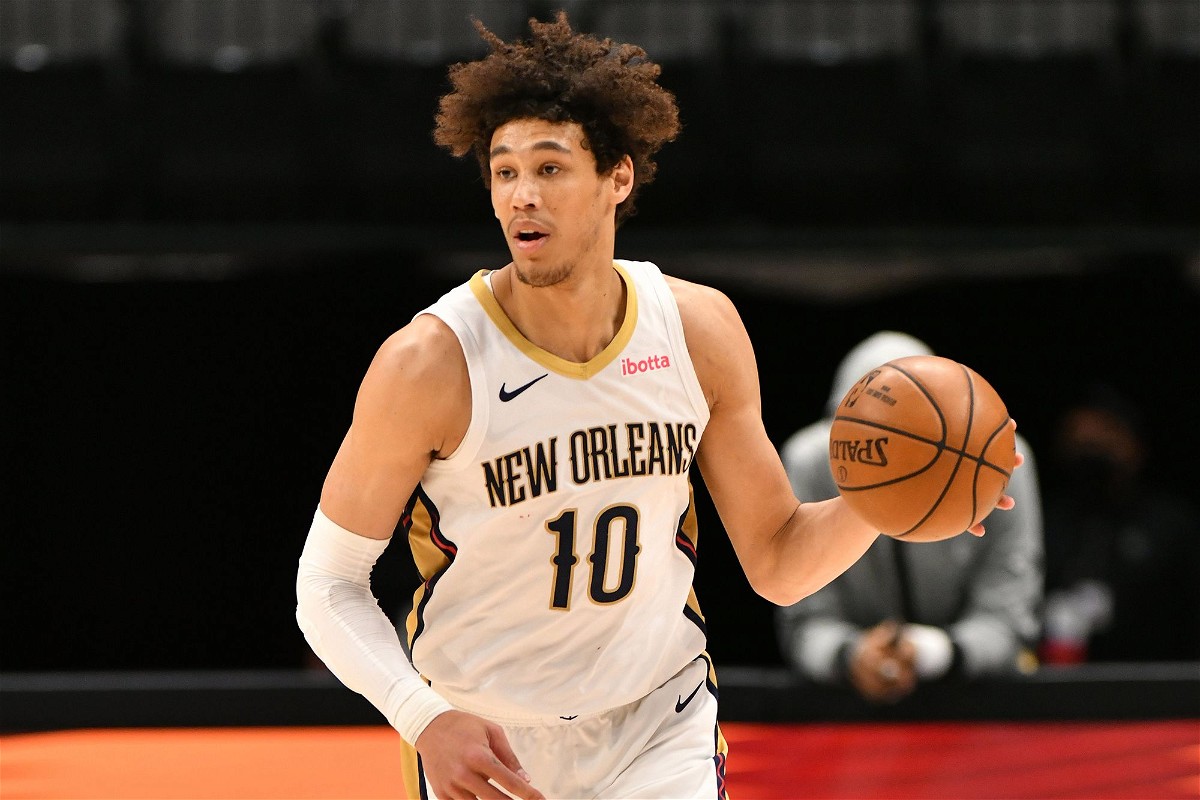 Jaxson Hayes of the New Orleans Pelicans was arrested earlier today. He is a 21-year-old 6’11 center. His arrest came as a shock to the basketball world. He is teamed up with Lonzo Ball and Zion Williamson to form a baby big 3 of sorts. However, they are yet to make the postseason, since his arrival at the New Orleans Pelicans.

Jaxon Hayes was arrested in Los Angeles on Wednesday morning. He got into a physical altercation with the police officers following a noise complaint late at night. Sources suggest that it might have been his fault.

What did Jaxson Hayes do wrong?

Jaxson was throwing a party well into the night. Therefore, sources state that a domestic noise complaint was filed. Soon police officers entered the scene. However, when they tried to enter the premises, Jaxson got into a physical altercation with them.

Sources also state that Jaxson was tased by one of the officers in the struggle. This speaks to the extent of aggression that was potentially displayed. The New Orleans Pelicans are yet to release their official position on Jaxson Hayes

Therefore, it is also likely that the New Orleans Pelicans distance themselves from Jaxson. Incidents like this can prove to be fatal to any young athlete’s career. A lot of factors involving this incident remain unclear at this time and the future of this basketball player is at stake