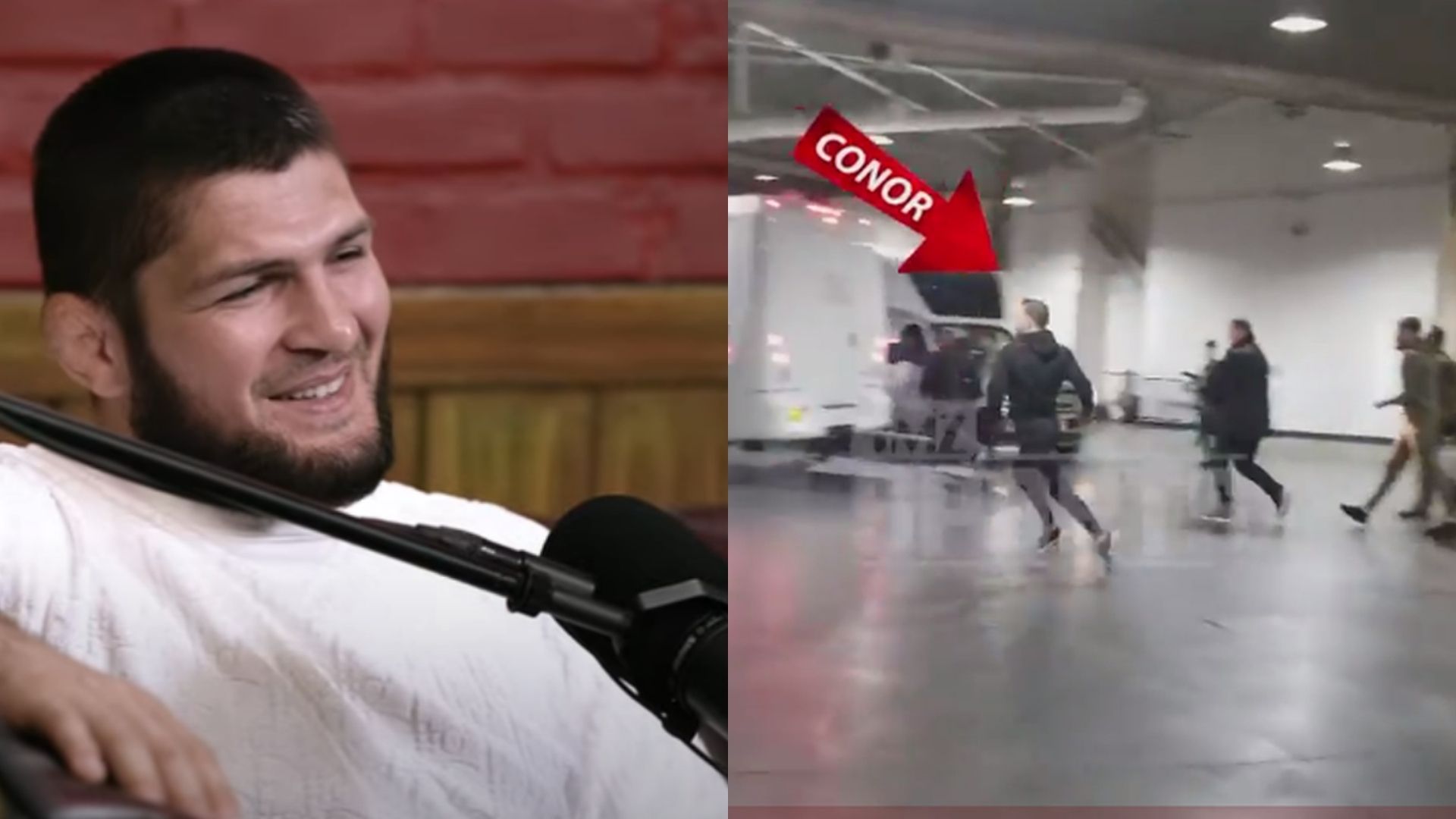 There is no doubt that Conor McGregor and Khabib Nurmagomedov have no respect for each other. Moreover, there is bad blood between the two and as a result, the two are constantly taking shots at each other on social media. Their entire rivalry intensified due to the dolly incident at Brooklyn’s Barclays center in 2018.

Three years have passed and The Eagle has finally given his opinion about the Conor McGregor dolly incident in a podcast with Mike Tyson and Henry Cejudo. When Cejudo questioned him about this infamous incident Khabib commented “I would think like a lot of fans came today. When I see a lot of people outside. I think wow it’s like fans come here. They want to take picture with someone. I was like when you go to the like real party, like fighting party why you bring camera with you. You going to war you don’t need camera you know. This is to show like security there.”

“They just tried to show. When I go to do something, I sleep all his team. Okay, You know when you go to the war you have goal, you have to do something. You have to take your goal, take your goal you become a winner. They just come here to show up like promote their fight, everything. It was like we going to win and lot of media there I don’t understand how it’s like 20 camera there. It was like lot of security. Of course, nobody’s gonna let you fight there. This is 100%.”

This incident shook the entire world as this was the first time in any combat sports that an athlete went this far to prove a point. Conor McGregor and his entourage attacked the bus of Khabib Nurmagomedov at the Barclays Center after the media day of UFC 223. What’s worse is that McGregor and his friends threw a steel dolly at the bus aiming at the Russian.

Though Khabib escaped unscathed, other fighters including Micheal Chiesa, Rose Namajunas, and members of the UFC staff were injured severely. This incident started due to an altercation between Conor’s teammate Artem Lobov and Khabib. During fight week Lobov had criticized the Russian for missing weight and not showing up for fights.

Consequently, after the media day of UFC 223 ended Khabib and Lobov confronted each other and the former lightweight champion held his neck and slapped Artem before walking off. Conor heard about their confrontation and quickly rushed to the arena and thereafter this infamous incident took place.

The dolly incident became a huge headline further intensifying the rivalry between Conor McGregor and Khabib Nurmagomedov which continues to this day.

Also Read: “I Have to Bite His Heart” – Khabib Nurmagomedov Reveals Why He Jumped Out of the Cage After Conor McGregor Fight on Hotboxin’ With Mike Tyson