Will Bad Bunny Have Another WrestleMania Moment in 2022? 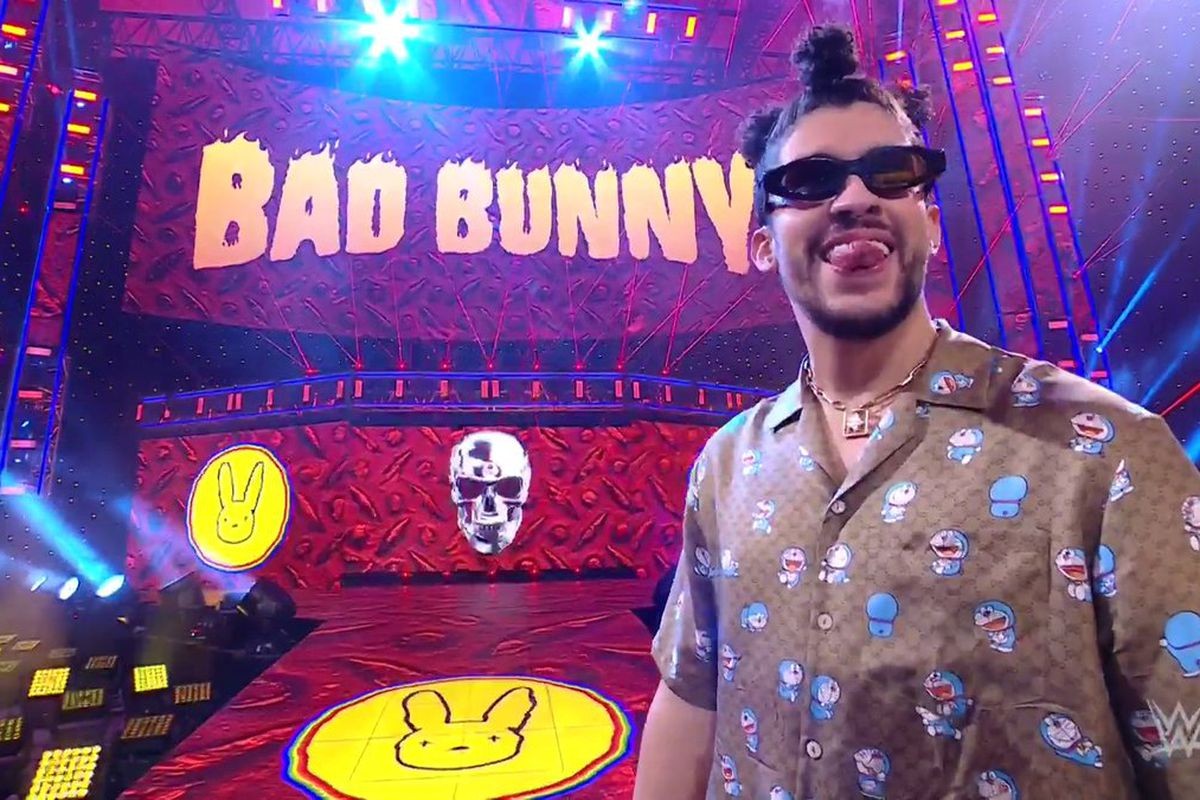 Among the several celebrities who have been part of WWE, one of the most memorable and loved celebrity appearances was Bad Bunny. Especially after he stole the show at WrestleMania 37, the wrestling fans love him to the core. Before WrestleMania 37, he was known only as a hip-hop artist. He has a successful music career. The wrestling fans appreciated and respected him for his passion and love for WWE. He had been away from WWE since WrestleMania 37. Bunny made his return at this year’s Royal Rumble. Bad Bunny’s return has got the fans wondering if he will have another WrestleMania moment this year.

At Royal Rumble 2021 we were teased with a glimpse of Bunny’s in-ring ability. Bunny made an appearance at last year’s Rumble to promote his song with Booker T. Bunny built a feud with  Miz and Morrison. Later during the Men’s Rumble match, Bunny hit a diving crossbody from the top rope to the outside, taking out both Miz and Morrison at the same time.

This segment was slowly built into a match at WrestleMania. During the 3 month period between the Rumble and WrestleMania 37, Bunny had gotten physical a few times. Bunny punched the Miz, hit Elias and also Morrison. He also managed to win the 24/7 title. He held on to the title for a few weeks until he vacated it and handed it to R-Truth.

Although we have seen glimpses of Bunny in the ring, the fans still had their doubts if he could perform in a whole match. At WrestleMania 37, he stunned all the doubters with an incredible performance. Bad Bunny not only put a great performance but also he stole the show. The iconic moment and the most talked-about spot was him hitting a flawless ‘Canadian Destroyer’.

Will Bad Bunny return at WrestleMania 38?

After yet another impressive showing at the Royal Rumble, the fans are expecting the multi-platinum recording artist to return at WrestleMania. The sad part is, he will not be making a return to WrestleMania because he will be on a tour and is booked for shows in Florida and there are shows on both days of WrestleMania. Mania is taking place in the state of Texas and so there is very little chance for Bad Bunny to show up at Mania.

Although he may not appear at the grandest stage of them all, we can still hope for the hip-hop artist to appear in future WWE events.

When do you think Bad Bunny will return to WWE? Let us know.