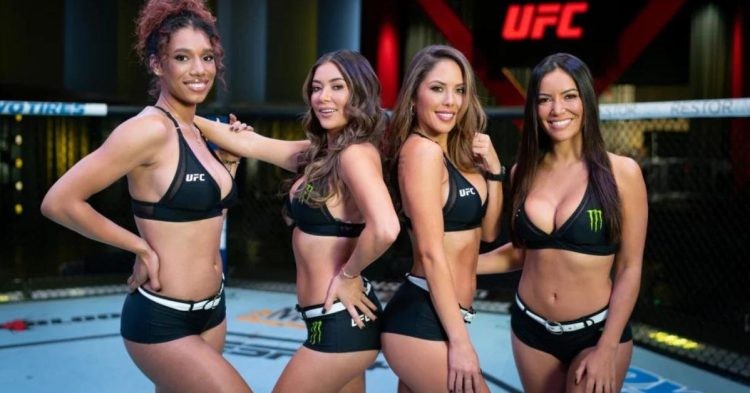 “Beautiful women is a decoration of any event”, that’s what current UFC women’s flyweight champion Valentina ‘Bullet’ Shevchenko had to say about the importance and necessity of ring girls.

In recent times there has been quite a debate on ring girls and whether they should be a necessity for every combat sports event. Although the UFC doesn’t seem to be bothered about the fire ring girls are getting in recent times as they continue to be an integral part of the ceremonial weigh-in shows and the fight nights.

With some strict Islamic Laws in the UAE, there was some uncertainty about whether the ring girls will get the green light for the event. But the last UFC event in Abu Dhabi (UFC 274) was conducted in the beautiful presence of ring girls and it doesn’t seem to be any different on October 22nd at UFC 280.

Recently, retired UFC middleweight Uriah Hall brought up the fighter-pay issue, accusing the UFC of paying ring card girls more money than the fighters who are risking their lives inside the octagon. Hall said “You don’t have to go too much into details but I know people that are making [$10,000 to show, $10,000 to win], which is ridiculous. Cause you’re going out there and fighting and you’re putting your Brain cells on the line and f****** ring card girls are making $70,000, which is utterly f****** ridiculous.”

Arianny Celeste reportedly makes one million dollars a year making her the highest-paid octagon girl by a mile. Obviously, most of that money comes from ventures outside the organization but Celeste has been with the UFC since 2006, so it’s pretty obvious that she is taken care of by the UFC financially. Along with Arianny Celeste, Britney Palmer, Christy Blair, Vanessa Hanson, and Luciana Andrade are some of the most regular ring girls which could be seen at every UFC event.

There wasn’t much issue with the ring girls until UFC ‘Hall of Famer’ Khabib Nurmagomedov was asked in an event whether he will have ring girls in his own fighting promotion ‘Eagle FC’. To which Khabib replied

“Look, I don’t want to offend anyone: Ring girls are the most useless people in martial arts, What is their function? I have a question. You can show that it is the second round on the screen. I realize that is a history (behind ring card girls). History knows many mistakes. We read history to avoid mistakes of the past in the future. That is my personal opinion. Dana White maybe likes it. Maybe you do, too. But my name is not Dana. My name is Khabib.”

Nurmagomedov’s comments didn’t sit well with female fighters as well as the ring girls with many boldly responding. The most experienced of them all Arianny Celeste in cryptic response said: “Sorry we make u uncomfortable”. Ring girls have always been part of Combat Sport events and it seems like they are here to stay for a long time.