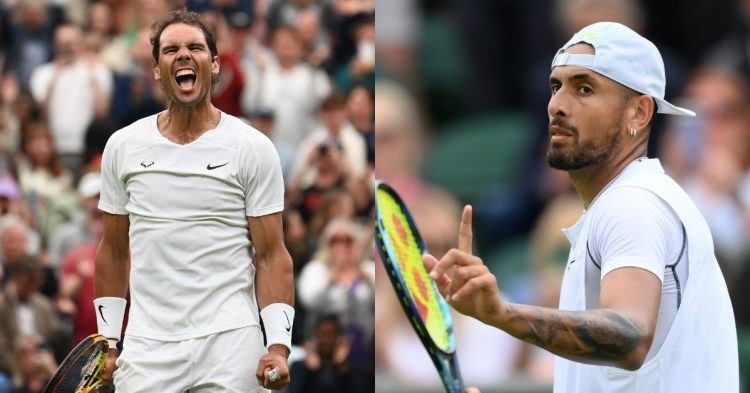 Rafael Nadal overcame his abdominal injury to win his Wimbledon quarterfinal match against Taylor Fritz in five sets. On the other hand, Nick Kyrgios had a fairly easy quarterfinal against Cristian Garin and the Aussie won the match in straight sets.

Rafael Nadal defeats Taylor Fritz to advance to the men’s semifinals at Wimbledon. He will play Nick Kyrgios next 👀🎾 pic.twitter.com/0i2hZOI6SF

How to watch Rafael Nadal vs Nick Kyrgios Wimbledon 2022 semifinal

The USA has a large tennis fanbase and these fans would be eager to watch the match between Nadal and Kyrgios. If you are one of them, you can watch the match on ESPN or ESPN2. The matches will also air live on streaming platforms like Fubo, Tennis Channel, or Sling TV. The match will start around 8:30 am EST.

The match between Nadal and Kyrgios will be aired on Star Sports Select 1 or 2 (SD and HD) in India. You also have the option to watch the match online on Disney+ Hotstar. The will commence around 6 pm IST.

The semifinal will be Kyrgios’ first-ever grand slam semifinal. On the other hand, Nadal is in great form and is chasing the calendar grand slam after winning the first two grand slams of the year. Both the players are battling injuries ahead of the semifinal. Barring these obstacles, Nadal is the clear favorite to win the match. However, fans expect a good fightback from Kyrgios.