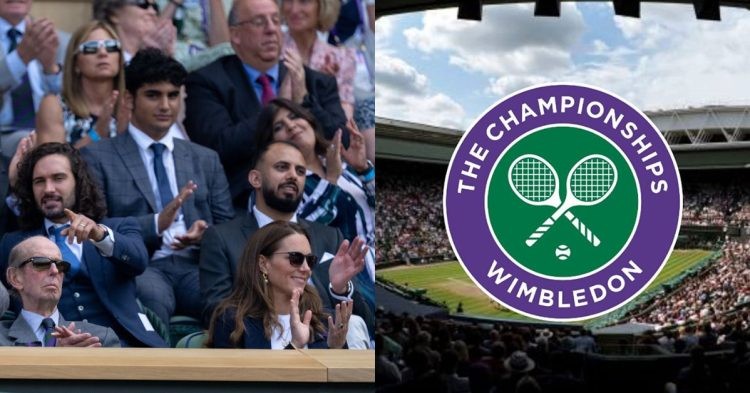 Wimbledon is undoubtedly one of the oldest and classiest tournaments across all sports. That is probably why even celebrities come to watch the matches in Centre Court at the All England Club. Many who come to the stadium wear formal clothes with a blazer and tie to match the aura of the tournament.

A tournament of such class is bound to have some restrictions on the spectators to maintain the decorum. The biggest grand slam of the year is just a few days away and will commence on the 27th of June. If you are planning to go to the stadium this time for Wimbledon, there are a few things you should keep in mind.

People need to be careful about the size of the bag they bring to the stadium. It should not exceed the dimensions 40cm x 30cm x 30cm. You are also not allowed to bring picnic hampers or cool boxes. However, you can bring Vacuum flasks that are below 500ml in capacity.

Is alcohol permitted inside the stadium for Wimbledon?

Surprisingly, people are allowed to carry alcohol inside the stadium. However, there are some limitations regarding the quantity of alcohol that you can carry. As per the rule specified on the website, “a person can carry the equivalent of one bottle of wine or Champagne (750ml) or two cans of beer (500ml), or two cans of premixed aperitifs.”

However, you are not allowed to bring “bottles of spirits or fortified wines” inside the ground. In case you want to bring any other drink, make sure the bottle is transparent. In case you bring an opaque bottle, it should be emptied before entering the ground. It is better to avoid such hassle by bringing water in a transparent bottle.

In case you violate any of the rules, you can be escorted out of the premises of the club. The decision by the authorities will be final and there won’t be any scope for challenging it.