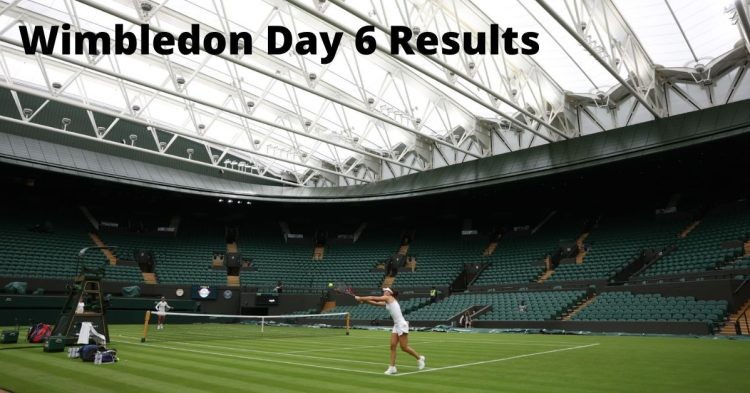 Day 6 of Wimbledon saw some huge upsets and some high drama making it the most exciting day till now. Here are the key results from yesterday. Men’s singles had two important matches with Nadal playing in Centre Court and Kyrgios and Tsitsipas fighting it out in Court 1.

Rafael Nadal faced Lorenzo Sonego in the third round of Wimbledon. People expected some kind of fight from Sonego but it turned out to be a one-sided affair. Nadal won the match 6-1, 6-2, 6-4 to advance to the next round. It was the first match of Wimbledon where Nadal did not drop a set.

The match between Kyrgios and Tsitsipas became the talk of the town. The two tried to get on each others’ nerves with swearing and complaining. In the end, Kyrgios won the match 6-7, 6-4, 6-3, 7-6 to make it to Round 4. Kyrgios caused a huge upset as seed number 4 Tsitsipas exited the tournament.

Iga Swiatek and Coco Gauff, this year’s French Open finalists, both fell on a rough day for top women at Wimbledon https://t.co/2mfYCeri8U

Coco Gauff was also having a good run at Wimbledon. She was comfortably winning her matches till now. However, she looked out of touch yesterday and lost her match 7-6, 2-6, 1-6. With this, both the French Open finalists exited the tournament.