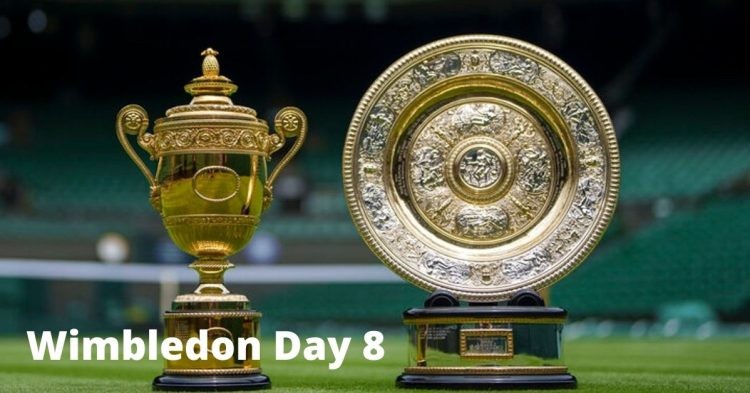 The King of Clay will face seed number 20 Botic van de Zandschulp in the Round of 16. Nadal played a phenomenal match against Sonego and won the match without dropping a set.

People are expecting nothing less from Nadal against Zandschulp and are predicting it to be an easy win for the Spaniard. Zandschulp has played phenomenally well till now but Nadal is the clear favorite.

Just like any other Nick Kyrgios match, his last one against Stefanos Tsitsipas was filled with drama. However, the Aussie came out on top to advance to the Round of 16.

Brandon Nakashima has played some good tennis till now and has the potential to beat Kyrgios. However, Kyrgios is looking in great touch and is expected to advance to the next round.

It is the most exciting and neck-to-neck match of the day. People expect Badosa to win because of her higher seed. However, we think Halep has a better chance because of her form and her experience playing big tournaments.

Amanda Anisimova beat one of the favorites Coco Gauff in the last round to make it to the pre-quarters. After beating Serena Williams in a tightly fought match, Harmony Tan has crushed all her opponents ever since in Wimbledon.

Anisimova has a higher seed than Harmony. However, this year’s Wimbledon has seen many top seeds exiting early in the tournament. Our bet is on Harmony Tan considering the way she has dominated against all her opponents till now.